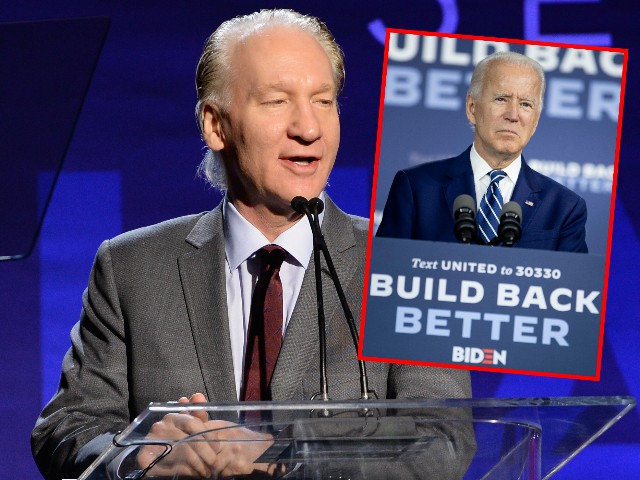 On Tuesday’s episode of Rogan’s podcast, Maher said some of the plan’s stated goals make sense to him.

“When I hear about Build Back Better — OK, look, certainly the country needs to get rebuilt, I mean, the infrastructure is a mess,” he said. “But, I’m thinking always like, when you give me a number, it just seems like you pulled it out of your ass.”

Bill Maher said much of the plan’s spending will probably end up being wasted.

“‘Cause so much of that money is going to consultants and just siphoned off by all the pigs at the trough, all snorting this shit up with their big fucking snouts,” Maher said.

Rogan replied, “Yeah. And there are very few people saying that.”

Maher said, “That to me is not a Republican idea, it’s just…”

Democrats have claimed Build Back Better will cost $1.75 trillion, but that figure is disputed. As Breitbart News reported, one study found that the plan hides its real cost, which could be as high as $4.91 trillion.

Bill Maher said on the same episode that Democrats have moved so far to the left by departing from basic common sense they will get their “ass kicked” in the mid-term this November.

“People say to me, ‘Don’t you think you’ve gotten more conservative?’ No, I haven’t,” Maher said. “The left has gotten goofier. So, I seem more conservative, maybe. But like, it’s not me who changed.”