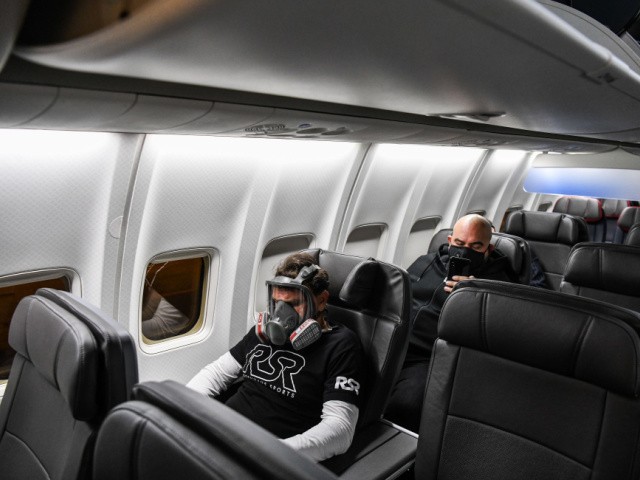 On Wednesday, federal officials announced yet another extension of the federal mask mandate, forcing Americans to wear masks on planes, trains, buses, and other modes of public transportation for another two weeks. The mandate was set to expire on April 18, but many had their doubts, as the Biden White House has continued to extend the mask mandate time and time again throughout the entirety of his presidency — another reminder that the president failed to uphold his pitch of “just” 100 days of masking.

However, Americans are over masking, particularly on airlines. According to the survey, 53 percent of nationwide voters say it is time to end mask mandates on airlines, while 40 percent oppose. Further, nearly three-quarters of those who “fly regularly,” 72 percent, want the mask mandate gone.

It is not just the general public who feel that way. For weeks, airline leads have made it clear that mask mandates are outdated and unfair.

“It makes no sense that people are still required to wear masks on airplanes, yet are allowed to congregate in crowded restaurants, schools and at sporting events without masks, despite none of these venues having the protective air filtration system that aircraft do,” a March letter from the Airlines for America’s (A4A) Board of Directors, directed to the Biden White House, said.

The airline leaders also made it clear that the mandate is placing an undue burden on employees, who are now tasked with enforcement.

“This is not a function they are trained to perform and subjects them to daily challenges by frustrated customers. This in turn takes a toll on their own well-being,” they continued, noting that ending the mandate would benefit everyone, including “thousands of airline employees charged with enforcing a patchwork of now-outdated regulations implemented in response to COVID-19.”

Yet, this plea, evidently, had no impact on the Biden administration’s decision, as officials continue to extend the mandate and use “science” as an excuse.