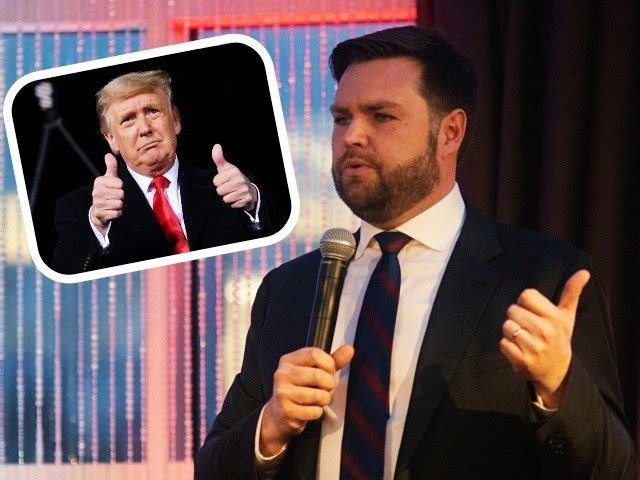 “[Vance is] strong on the border, tough on crime, understands how to use taxes and tariffs to hold China accountable, will fight to break up Big Tech, and has been a warrior on the rigged and stolen presidential election,” Trump wrote in his endorsement.

I’m incredibly honored to have President Trump’s support. He was an incredible fighter for hard working Americans in the White House, he will be again, and I’ll fight for the America First Agenda in the Senate. [Emphasis added]

In response, Trump’s most influential backers praised the endorsement. Rep. Matt Gaetz (R-FL) wrote that “Trump made the right choice!” and that Republicans “need [Vance] in Washington to fight back against those who put America last.”

Republican Bernie Moreno, who dropped out of the race in February, called on GOP primary voters to rally around Vance in an effort to coalesce support against Rep. Tim Ryan (D-OH), the likely Democrat nominee for Senate.

“Ohio Republicans: Let’s unite & make certain we keep the seat in Republican hands,” Moreno wrote. “As we have seen [Tim Ryan] is a shallow, useless, and tired career D.C. bureaucrat who has done nothing for the people he was paid to serve. Time for him to go home. [Vance] will make that happen.”

Former Trump administration official Ric Grenell, a one-time supporter of Moreno, suggested he too is fully behind Vance now that Trump has endorsed him.

Political consultant Arthur Schwartz wrote that Vance is the only candidate in the Ohio GOP Senate primary “that is pretty much guaranteed to win the general…” Conservative Kurt Schlichter similarly heaped praise on Trump for the endorsement.

Christopher Rufo of the Manhattan Institute called Trump’s endorsement of Vance “a big moment” for the Republican Party.

Vance’s candidacy has represented the populist-nationalist-wing of the GOP with policy prescriptions for reducing the social and market power of giant tech corporations, punishing multinational companies that outsource American jobs, and critiquing the political establishment’s lust for foreign interventionism.

In an exclusive interview with Breitbart News from January, for instance, Vance said Big Tech companies are simply too big and too powerful and that conservatives must get behind efforts to cut their control over Americans.

“A big part of, what’s a driving the censorship machine with Big Tech is these companies are just too big, and they are too powerful. When you have that much concentrated power, it leads to censorship. It leads to control. I think we should break these companies up,” Vance said. “Facebook, Instagram, WhatsApp is actually the same company. Those should be at least three separate companies.”

“Amazon controls the entire modern hardware infrastructure of the Internet. We should not allow that to happen,” Vance continued. “We should forcibly break them up and create more competition in the same way that Teddy Roosevelt created competition in the steel industry.”

Vance’s speech at the Conservative Political Action Conference (CPAC) assailed elected politicians who are helping fund the United States’ involvement in the Ukraine-Russia conflict even as the U.S.-Mexico border has seen record-breaking illegal immigration and drug trafficking over the last year.

“One of the biggest ways that the Democrats have failed the working class, have failed the citizens of this country, is that they don’t even care about their citizens compared to the illegal aliens flowing across the U.S. southern border,” Vance said.

Vance has even gone after BlackRock, the Wall Street multinational investment firm, for buying up single-family homes across the U.S. at above-market prices, resulting in first-time homeowners and young Americans getting shut out of home ownership.

“Blackrock is pursuing an investment strategy that will make it harder for young Americans to own homes,” Vance wrote. “The Left will ignore this because Blackrock has committed to ‘racial audits’ and other diversity BS.”

The Ohio Republican Senate primary election is set for May 3.