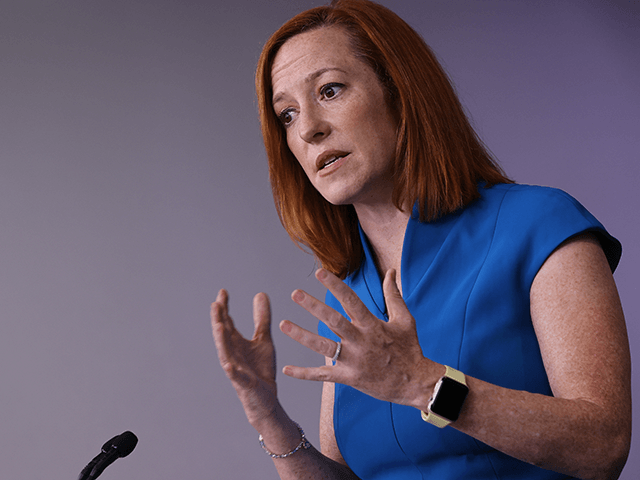 During an interview with “Pod Save America” on Thursday released on Friday, White House Press Secretary Jen Psaki stated that canceling student loan debt is “on the table” and high costs are “an important thing to consider. That’s a big part of the consideration.”

Psaki responded to a question [relevant exchange begins around 1:00:55] on whether taking executive action on student loan debt cancelation is still on the table by stating, “Yes, still on the table. … So, as you said, it ends August 31. We have to then decide whether it’s extended and what you look at is, even though the economy’s very strong, we created more jobs last year than any year in history, even though that’s the case, we know, as we’ve been talking about, costs are too high. And certainly, not having to pay back student loans — nobody’s had to pay a dollar, a cent anything in student loans since Joe Biden’s been president, and if that can help people ease the burden of costs in other parts of their life, that’s an important thing to consider. That’s a big part of the consideration. So, between now and August 31, it’s either going to be extended or we’re going to make a decision…about canceling student debt.”