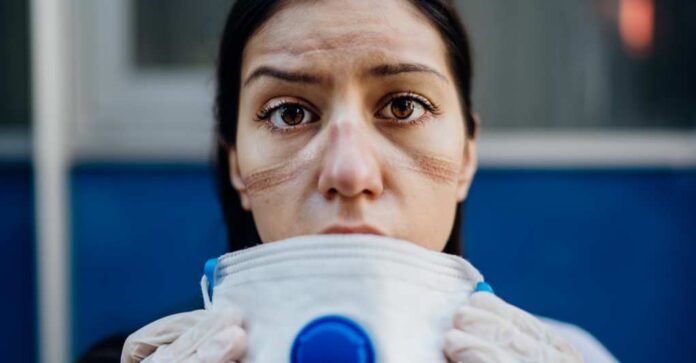 The introduction of COVID-19 to the US in late 2019/early 2020 (something still highly debated) showed the resolution of various companies. With their bread-and-butter products being shelved due to travel restrictions or lockdowns they had to find new sources of revenue. Many also saw a great need to ensure their employees were able to remain working so their families wouldn’t struggle.

For many, this meant a quick turnaround on durable medical equipment like facial shields and masks. Because of their prior associations with products in these categories, they could easily get approved to make these products. However, those approvals were short-lived, and when they sunk capital into these projects to grow their production, they found themselves unable to do so. Many companies who pivoted into previously unexplored territories were left holding the bag.

Halcyon Shades found themselves quickly unable to produce anything that the global market needed with a pandemic going on. With the help of an $870,000 government grant, they were able to adjust their business model to make protective supplies.

Unfortunately, they were unable to calculate everything in this bid to stay relevant. They had to stop producing protective shields as there was little to no profit in making them. Attempts to sell N95 masks were unsuccessful because they could not get equipment, manufacturing, or regulatory approval to produce them.

Halcyon Shades owner Jim Schmersahl said “So far, it has been a net drain of funds and resources and energy,” a sentiment shared by many who tried to make similar moves. The thousands of small businesses that tried to adjust to the pandemic market have instead found themselves completely lost at sea in an industry they were never designed to be in. The millions in government grants to help these businesses stay afloat have been squandered with little returns on these investments.

While there is something to be said about keeping their people employed, there is more, to say about the standards being set for protective medical gear here in the US. Foreign-made companies can get a one-time approval, and be authorized to start shipping items out worldwide with little to no oversight to ensure the quality is being kept up to par.

Meanwhile, American producers need multiple levels of approvals and consistent reinspection, and there is no how-to guide for them to go off of for producing this equipment.

For many the hurdles have been so great that they could never stay competitive. The overseas suppliers are pushing them out, even in their own states. Tony Blogumas is vice president of Green Resources Consulting, a rural Missouri firm.

They were able to obtain an $800,000 state grant but were only able to sell a few thousand masks. “At the end of the day, when everybody said they wanted American-made, nobody’s buying, not even the state… We’re kind of upset about the whole situation.”

He has every right to be upset. President Biden could easily direct resources to help these manufacturers. He could impose tariffs on overseas companies to ensure American businesses were able to remain competitive.

The progressive mindset of refusing to support American made so they can save money to funnel into special interest groups is sickening. Biden and the rest of his leftist groupies have had an opportunity to help keep the American economy not openly afloat but thriving.

Every time they just pass and keep pushing our economy further down the drain. The price of leaving capitalism for socialism is felt at every level but the top. The American people need to wake up and get their politics away from our economy.