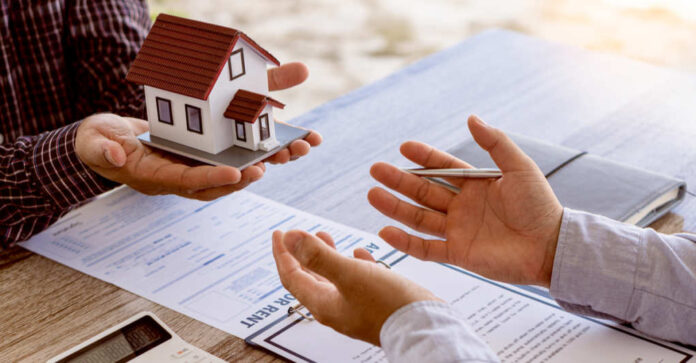 The country of Canada is the perfect picture of what is going to happen in America if something is not soon to stop Joe Biden and Kamala Harris from instituting their socialistic packed agenda. The old man is why gas is costly to buy and why consumers cannot seem to find toothpaste and other necessities at the store. And now that things are expensive in America, what is happening in Canada is right around the corner for America.

People living in Canada are having difficulty finding the money to buy their own homes. The near socialist government has inflated the market so bad that they have to create incentives to get people to start buying homes in the country. The program that the government uses is the First-Time Home Buyer Incentive.

This program provides benefits and incentives for people that would classify as first-time homebuyers. Like every other program, this one was set to expire, but the government decided to extend it for three more years because no people were looking to buy homes. The market has gotten so bad that no one can afford to go through buying a home in the north.

It may not seem so bad to have the program in place. But when people are not buying homes because the market is terrible from a financial standpoint, the government will have to intervene, or there will be trouble for millions of people.

Americans are at the doorway of a housing market problem. The cost of living in blue run states is just not worth sticking around for some people. So, they have decided to move to where Republicans are located. The massive movement of people has created a housing crisis in blue states and a lack of homes in red states. The evil Democrats will try and step in and mirror a program that the Canadians are under.

In a document release, the Canadian government stated that “The government is exploring options to make the program more flexible and responsive to the needs of first-time homebuyers, including single-led households.” The announcement sounds just like what Biden mentions about supply chain issues and high gas prices. He is looking for ways to lower prices. While at the same time refusing to let Americans do it themselves by drilling for domestic oil.

The home buyer plan allows people to take up to 10 percent of the purchase prices and put it as a downpayment. That allows the buyer to enjoy a lower mortgage payment, which offsets the high-interest rates that the people are suffocating under.

The program’s not widely known is that the government owns part of the property. Socialist governments love to look for ways to obtain ownership rights of private property. Once they have their claws in people’s private affairs, they can dictate and threaten people with trouble if they do not go along with the establishment. And if the person refuses to obey, they will lose their home and be kicked out into the cold of night to suffer their decision.

Another aspect of socialism that is extremely dangerous is that the government loves to hand out money that is not backed by anything tangible. When they hand out $10,000 for a tax credit and a $1,500 direct deposit, there is nothing of substance that the money is supported by. The effect is inflation and higher prices, precisely why the Canadian government has to extend the program.

The extension of the program will only make things worse. It is precisely what will happen once Biden extends the rental program too long. People will come to rely on the free money and will ultimately lose their homes because they cannot make payments. Joe Biden thinks that everyone wants to live in a world where everything is free. But the reality is that nothing is free, and things will only worsen the longer they continue to act like it is.