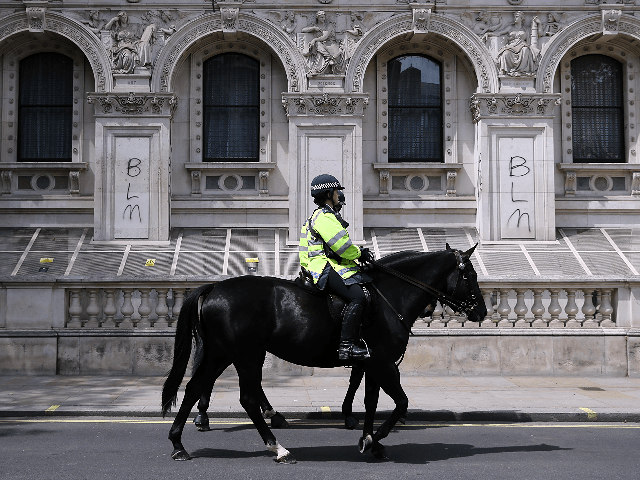 “The legitimacy and effectiveness of our policing is built on relationships between the police and the public but there are long-standing challenges in our relationships with many Black communities, explained Sir Dave Thompson, Vice Chair[man] of the National Police Chiefs’ Council and Chair[man] of the new Police Plan of Action on Inclusion and Race, capitalising the word “Black” in the manner prescribed by woke activists and the Associated Press.

“Levels of trust and confidence in policing are significantly lower among some Black people and racial disparities exist that we cannot fully explain,” he suggested in an official NPCC statement.

To address these alleged issues, “the NPCC and College of Policing have committed senior leadership and resources to developing a programme of change in policing to earn the confidence of Black people” — including the aforementioned Police Plan of Action on Inclusion and Race and a new Independent Oversight and Scrutiny Board which will have the “authority” to “check and challenge” police forces.

“The brutal murder of George Floyd a year ago sent waves of anger and rage across communities around the world. Racism and bias across all institutions, sectors and society came sharply into focus,” commented Bernie O’Reilly, interim chief executive officer of the College of Policing.

“The relationship between Black communities and police officers also came under intense scrutiny,” said O’Reilly of Mr Floyd’s death in Minneapolis, Minnesota, in a foreign country thousands of miles from Britain.

Earlier in 2021, however, a report produced for the government by the Commission on Race and Ethnic Disparities found that, contrary to received wisdom, Britain is not an “institutionally racist” country in which the non-white population suffer deliberate and systemic oppression at the hands of the state.

This led to howls of indignation from the establishment left, with the United Nations Working Group of Experts on People of African Descent, attached to the Office of the High Commissioner for Human Rights, railing against the Commission report as an “attempt to normalize white supremacy”.