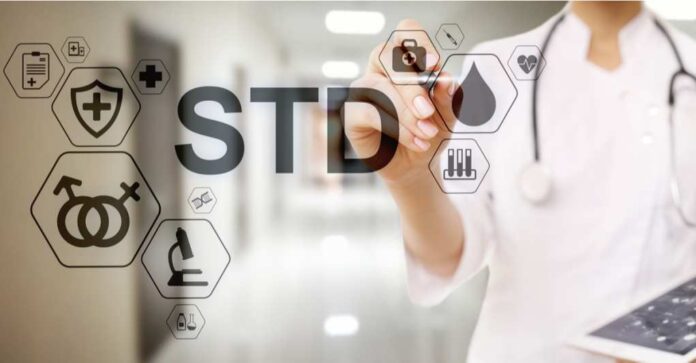 The left has been so focused on demanding abortions be allowed that they have forgotten the kind of message they are sending. They might as well be telling people to go out and have sex without thinking of any of the consequences. Get pregnant? Don’t worry – abortions are a great way to take care of that.

Sex without protection can lead to another problem beyond pregnancy – STDs. Yet, the left doesn’t seem to want to talk about that. There’s no simple solution to deal with an STD like there is a pregnancy. There’s no magic pill that can show up in the mail without having to see a doctor in person.

STDs are becoming more and more common – and the liberal messaging can easily be to blame.

According to the Centers for Disease Control and Prevention (CDC), gonorrhea and syphilis cases are at an all-time high. This is an upward trend because people are having sex without protection.

Sexual health clinics aren’t getting the funding that they once were – unless they offer abortions. It means that many people aren’t able to get free or subsidized tests to find out if they are free of STDs. This only leads to a further spread of infection within various communities.

It’s not just the testing that’s leading to the record levels of STDs. It’s also that people don’t have a place to turn to for education on safe sex as well as to obtain contraception.

Providers say that all of these things are a necessity if we want to see a reversal of where we’re headed.

Condoms are also 98% effective at protecting most of the STDs that are out there, including gonorrhea and chlamydia. There are still STDs that can be spread even with the use of a condom – including herpes, syphilis, and genital warts. It’s why it’s important to know the sexual history of your partner and be tested regularly.

The far-left radicals are so busy holding signs that say “My Body, My Choice” when they should really be shooting condoms from t-shirt cannons and holding up signs on how to properly put a condom on.

When the condom is capable of providing protection from STDs and pregnancies, it should be a win-win.

Instead, the Democrats only want to be reactive instead of proactive. And why? Well, all of those abortions can lead to some big money when the medical research companies get their hands on human fetal tissue.

The average STD is not only preventable but also curable – but that’s only if it gets diagnosed and treated properly. Otherwise, symptoms can become severe and even fatal.

The CDC explains that STDs have been on the rise for a while, and COVID didn’t help to improve matters. Leandro Mena, the Director of STD Prevention at the CDC explained, “We have had more than a decade of decreasing public health funding that’s caused a drop-off in STD screening, prevention, education, and other health services.”

Perhaps the Democrats need to start screaming about funding for STD prevention instead of things that affect only one percent of one percent of the population, such as gender identity issues.