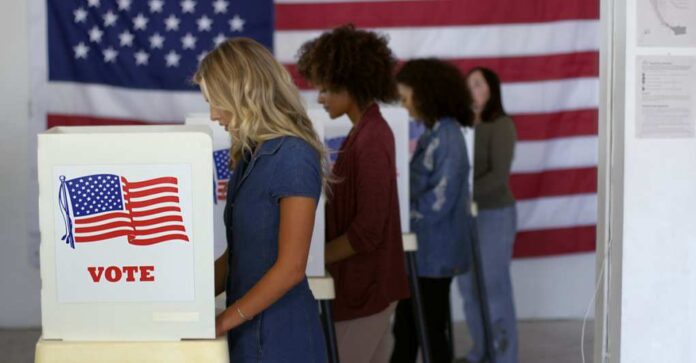 Assessments from US intelligence officials have always been laughable at best. They look at the situation in the wrong context and all too often make something out of nothing in the idea of moving along the political pawns on the chessboard. Unfortunately, that goal gives them tunnel vision and they start to miss important details. Details that could ultimately make the difference between success and failure.

In a step to keep President Biden protected the US intelligence community has finished completing their most recent assessments of Russia and believes they could be interfering with future elections. While they admit they don’t see any signs of it happening yet, they warn it could happen again and ascertained their implications that it happened back in 2016 and 2020.

The problem is the Russian influence they claim occurred then was all from Hillary Clinton. There are internal communications, taps, and tracking documentation to prove it. People have proven this time and again, yet they keep clinging to this theory like it’s the last lifeboat off Titanic. While their convictions in trying to prove the existence of something they have already had to admit was a lie is funny, it also is leaving the US unfocused where it should be dialed right in.

However, certain politicians can see the use in the information US intelligence is gathering. They believe that they are doing a bang-up job and are providing the information the American government, as well as its people, need to know. Even conservatives do see the idea of playing it safer than sorry, and while it’s a valid way to see it, the American people have a hard time trusting that intel when it has been so wrong in the past.

Rep. Mike Turner (R-OH) sees it as if we have nothing to lose by being careful. “It is no secret that our adversaries use disinformation to undermine the national security interests of the U.S., so we must take into account all viable options to protect our democracy.” The idea of adversaries using things against us to make the US weakened is something that has existed for as long as our nation has. At no point in time has any adversary ever looked at the US and not tried to think of ways to make things worse here.

With the current tensions between Washington and Moscow, President Biden is stuck walking on eggshells. The current cancel culture mindset he and other liberals have put Americans inside of has completely eroded free speech. The modern American is afraid to speak their true opinions and feelings for fear that someone will misunderstand and because the loudest voice in a crowded room is the voice of the person claiming to be the victim.

This means anything people say is under severe ridicule, and while Biden has been given more passes for mistakes than he knows what to do with, with the Russian conflict he must mind his words. The Ukrainians might be holding Russia off, but this is not a conflict the US wants. It would get many other advanced nations involved, and given the results of the last cold war, the US doesn’t seem too eager to rush into another one. It’s far too early and a massive waste of money and manpower.

So when the US intelligence community starts setting up to plant the seeds of distrust in the next elections, people take notice, but most only roll their eyes. With all the missed intel, neglected intel, and butchered responses, the American people are over the idea of worrying about Russia. This is our country, and it should not be this hard to secure our resources and protect our elections. If we are that worried about it, we can always go back to the pull-curtain and drop tab voting machines of the 70s.