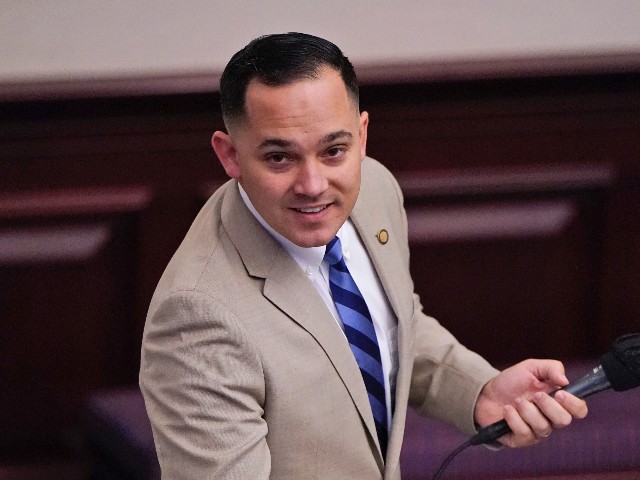 “Woke corporations like Disney that fight against Florida’s pro-family agenda need to be defeated,” Sabatini told Breitbart News in an exclusive statement. “Woke Capital needs to be crushed.”

Sabatini, an America First lawmaker running for Congress, spoke to Breitbart News after the Florida Senate passed S. 4-C, which would the special tax jurisdiction created in 1967 to benefit the megacorporation that is Disney. The Florida House will vote on the legislation on Thursday.

The Reedy Creek Improvement District, which houses the Walt Disney World Resort, would be dissolved on June 1, 2023, should the legislation becomes law.

Sabatini said the Republican Party needs to focus on aiding its working-class base.

“It’s time for the Republican Parting to start serving the actual working people–not special corporate interests,” Sabatini explained. “I’m proud to be fighting alongside Governor DeSantis against anti-American corporations like Disney– I expect the bill to pass overwhelmingly tomorrow.”

“Today the Florida Senate voted to REPEAL Disney’s special tax district Tomorrow I’ll vote YES to pass the Bill in the FL House,” Sabatini wrote. “Then @GovRonDeSantis will sign the Bill into law I think Woke @Disney chose the WRONG Governor to pick a fight with! Welcome to the NEW @GOP.”

Florida state Rep. Randy Fine (R), who sponsored the bill in the Florida House, wrote on Tuesday, “Disney is a guest in Florida. Today, we remind them. @GovDeSantis just expanded the Special Session so I could file HB3C which eliminates Reedy Creek Improvement District, a 50 yr-old special statute that makes Disney to exempt from laws faced by regular Floridians.”