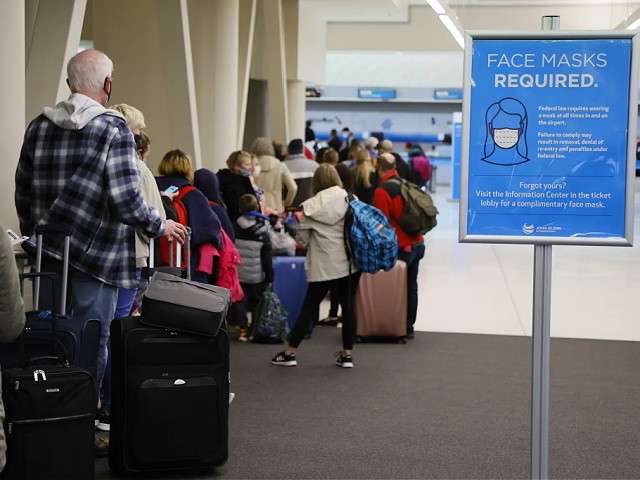 The CDC said in a statement:

To protect CDC’s public health authority beyond the ongoing assessment announced last week, CDC has asked DOJ to proceed with an appeal in Health Freedom Defense Fund, Inc., et al., v. Biden, et al. It is CDC’s continuing assessment that at this time an order requiring masking in the indoor transportation corridor remains necessary for the public health. CDC will continue to monitor public health conditions to determine whether such an order remains necessary. CDC believes this is a lawful order, well within CDC’s legal authority to protect public health.

Earlier in the month, the CDC extended the mask mandate until May 3, before Judge Mizelle said the agency overstepped its authority.

“CDC continues to recommend that people wear masks in all indoor public transportation settings,” the CDC statement continued. “CDC’s number one priority is protecting the public health of our nation. As we have said before, wearing masks is most beneficial in crowded or poorly ventilated locations, such as the transportation corridor.”

“In light of today’s assessment by @CDCgov that an order requiring masking in the transportation corridor remains necessary to protect the public health, the Department has filed a notice of appeal in Health Freedom Defense Fund, Inc., et al., v. Biden, et al,” a DOJ spokesperson tweeted.

The government will not reimpose the mask mandate while it appeals the decision to the U.S. Court of Appeals for the 11th Circuit. Biden’s Transportation Security Administration (TSA) announced that it would not enforce the mask mandate at airports in light of the judge’s order.

With a majority of 11th Circuit judges being former President Donald Trump appointees, legal analysts expect this case to make its way up to the U.S. Supreme Court.