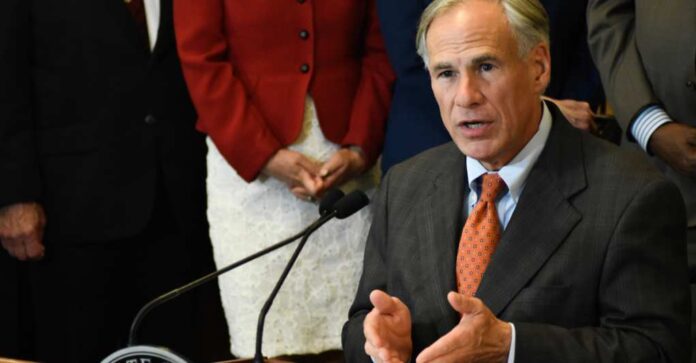 Joe Biden’s negligence has affected the American people and the Mexican people. Texas Governor Greg Abbott made a bold move to deal with the leaders of various Mexican states to stop the flow of migrants pressing the Texan border. The Mexican state leaders are more than willing to broker a deal because they are also affected by the increase in illegals moving through their territories.

Andres Manual Lopez Obrador is the current Mexican president. He is so upset over how Abbott has worked with state leaders in Mexico that he is verbally attacking the Republican governor. Abbott has ordered an intense inspection of all trucks coming over the border from Mexico. He wants to ensure that no illegals are riding along from free into the country.

Abbott has the right to inspect all vehicles coming north from Mexico. But the Mexican president hates the idea because it causes a backlog of vehicles. The president thinks Abbott should just let the trucks in without an intense inspection. But he fails to realize that it is not his country under attack from illegals moving northward.

Abbott’s fight against illegal immigration is making a difference. Human smugglers find it harder to get people across the border now that all trucks are being inspected. Joe Biden’s open border policies have put America at risk of being overrun by illegals seeking a new home where they do not have to pay taxes or work since the liberal government will give them free handouts.

The Mexican president sounds like a nasty liberal accusing Abbott of looking for votes in the upcoming election. Abbott is up for reelection but is far from seeking votes. Abbott knows that his actions to secure Texas and promote freedom will be more than enough to win him a third term as governor of Texas.

Greg Abbott is fighting the negligence of the socialist Joe Biden and his terrorist-friendly policies. Abbott took illegals from Texas and sent them to Biden’s front door to give him a taste of his own medicine. The president thinks he can bus illegals anywhere into the country and drop them off. He might as well bring an invasion force into America because that is precisely what the illegals are to the country.

Joe Biden has singlehandedly declared war on the nation he is supposed to serve. On day one of his arrival in the White House, he sought out ways to disrupt life and cause harm to people seeking to make a better life for themselves.

His brainless attempts to open the border have caused the most harm. He thinks that an open border is the best policy. But all that the open border policy has created is a constant flow of criminal activity, and drugs find their way into the country.

Human smuggling is also on the rise as Biden has made it easier than ever for people to smuggle others across. Abbott’s inspection of all trucks is his way of fighting back and protecting people from being used.

The Mexican president may not like the increased security coming from Texas. Still, it will continue to be the new normal until the Mexican states and Texas agree on how the border will be handled. Abbott continues to lead the way in the fight against illegal immigration.

Joe Biden cannot fathom the dangers he is letting into the country. Terrorists have an open door into the country. They cross the border and board a Biden bus to be instantly transported to their next target. Biden has abandoned reality and embraced an existence that seeks to harm the American people.