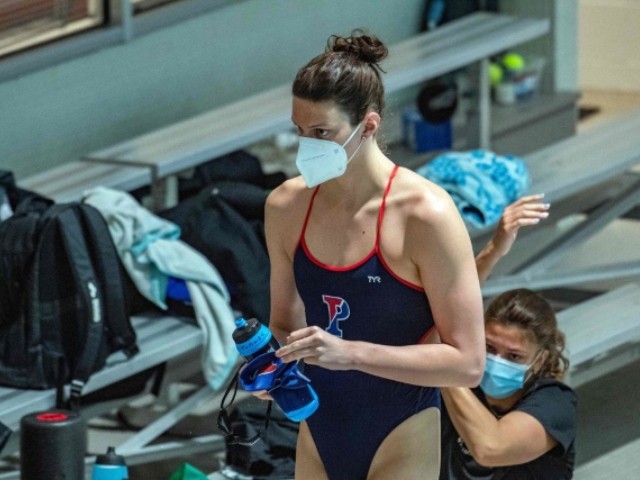 In a statement, Mullin noted that he and his 21 colleagues are opposed to the change in Title IX rules because “it would diminish the very protections on which the measure is based and erase the historic strides made by female athletes since its implementation 50 years ago.”

“For the past five decades, Title IX has allowed countless women the opportunity to compete on a level playing field. Any changes to the definition of sex and gender under Title IX would dilute the protections that it offers and ultimately punish female athletes,” the letter reads.

The new Title IX rules would entirely invalidate Title IX all at once, the Republicans say.

“When women are forced to compete against biological males, the level playing field that Title IX created is obsolete. In one year, 275 high school boys ran faster times than the lifetime best of World Champion sprinter Allyson Felix,” the letter states.

The letter goes on with other examples of men claiming to be women who obliterated sports records set by women.

“Earlier this year, Lia Thomas, University of Pennsylvania swimmer and biological male, won the NCAA D1 500-meter National Championship. In Connecticut, high school female runners filed a lawsuit against the Connecticut Interscholastic Athletic Conference after being deprived of state titles and athletic opportunities by being forced to compete against two biologically male sprinters,” the group wrote.

“Your proposed changes to the Title IX rule would make this the norm and would fundamentally erode the very protections it was designed to provide,” they said.

The letter adds that if Title IX were changed to force states to allow transgender players to compete with natural-born women, it would clash with new state laws that have already been put in place that ban such a practice.

“Changing the definition of sex and gender under Title IX will reverse nearly 50 years of advancements for women. We urge you to stand up for women and do not go through with this proposed change,” the letter concludes.