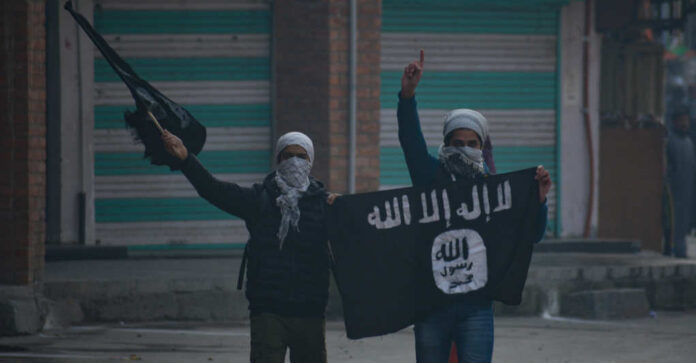 ISIS is planning to use the turbulence in the world to declare a new “global offensive” against its rivals. The terrorist group has told its supporters to begin looking for ways to avenge the death of their former leader who was killed earlier in the year by United States special forces in Syria. They also spoke about beginning attacks against Europe and Israel.

Abu-Omar al-Muhajir, a spokesperson for the Islamic State, plans to seize the day while non-Muslim nations are “preoccupied” by other issues. He urged ISIS jihadis to take revenge for Abu Ibrahim al Hashimi al Qurayshi’s death while giving a speech during the holy month of Ramada.

Al-Qurayshi led the ISIS movement from 2019 until his death in February. He took the helm of ISIS from Abu Bakr al-Baghdadi who was killed in a U.S.-led raid in the Fall of last year.

In his speech, Abu-Omar al-Muhajir urged his troops to begin a “blessed campaign” to take revenge. “Fight them all and Allah will answer and punish them at your hands,” he said. He said that the time is “ripe” for a strike from ISIS and challenged faithful fighters to attack western countries.

This terror-filled rhetoric came when there are increasing tensions in Israel. Recent terrorist attacks have killed 14 people there and Israel has begun daily arrest raids as well as other military operations in the West Bank.

These attacks come amid the convergence of Ramada, Passover, and Holy Week leading to Easter for Christians. That means that there were tens of thousands of visitors to Jerusalem’s Old City, which is home to the holy sites of all three religions.

Abu-Omar al-Muhajir said that Jerusalem must be taken through an Islamic State “caliphate,” according to the New York Times. A caliphate is a political-religious state that would unite the Muslim world. This has been the goal of ISIS.

ISIS actually declared a caliphate in 2014. At one time it covered parts of Syria and Iraq and had millions of people within it. But there was a strong push-back from Kurdish-Syrian and Iraqi forces that were backed by the United States, and they defeated the caliphate in 2019. This caused ISIS to retreat to their desert hideouts and forced them into guerrilla warfare. According to a United Nations report, there are still 10,000 ISIS fighters who are still active in Iraq and Syria.

Little is known about the new ISIS leader, Abu Hasan al-Hashimi al-Qurashi. He was chosen by his predecessor just before he was killed by U.S. special forces.

After the defeat of ISIS in Syria, they have been somewhat quiet in recent years. Olivier Guitta, managing director of GlobalStrat which is an international security risk consultancy, said that he believes ISIS feels like they need to reignite attacks to regain credibility.

“The question is whether Isis has the logistical capacity to carry out a spectacular attack in Europe like in 2015 in Paris or 2016 in Brussels,” he told the press.

Just last Monday, Palestinian militants fired a rocket into southern Israel for the first time in months. Israel intercepted the rocket without any reports of casualties or damage. On Tuesday, an Israeli fighter jet made a few airstrikes in the southern Gaza Strip. It targeted a weapons manufacturing site for Hamas, according to the Israeli military. There were no reports of injuries from the strike.

If what is being reported is true, while Western nations are united for a fight in Europe, ISIS is getting ready to create havoc around the world.