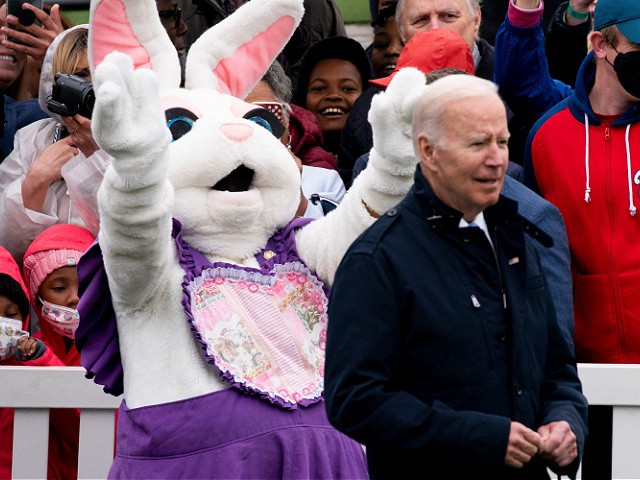 A woman holding a large Easter Bunny head shouted, “Where’s the Bunny?” when the presidential motorcade passed and then shouted, “Let’s go Brandon!” along the street.

One reporter traveling with the president recorded a video of the incident and shared it on social media.

The protester was referring to the viral moment when a staffer dressed as the Easter Bunny interrupted Biden at an Easter event to redirect him away from reporters.

As usual, a crowd of anti-Biden protesters kept up the “Let’s Go Brandon” chant as the president drove by.