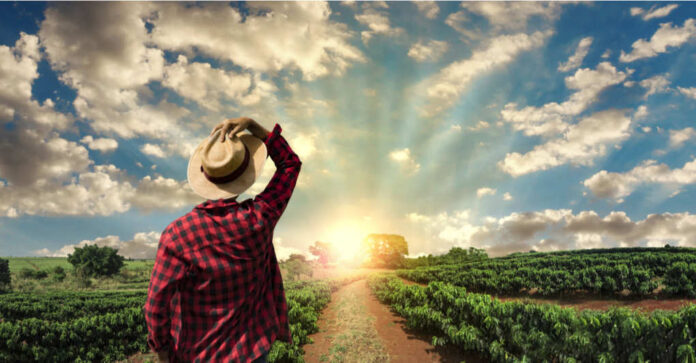 The American farmer is the one person that the world depends on for its food. People from all over the world look forward to the fresh produce they grow each season. But the recent global leadership setup has done a lot to hurt farmers by not allowing them the means to ship their products worldwide. Joe Biden is the central cog in a long line of leaders that have done a disservice to farmers.

The supply chain mess that Joe Biden has created has caused a lot of headaches for consumers. But the one headache that is not reported by the media is found on the other side of the supply chain. The farmers are having the opposite headache of not being able to get the products to the buyers.

Biden has created a slow-moving supply chain by not allowing ships to be offloaded quickly and then sent back with American grown products. The ships come to the ports and are left out in the water for weeks at a time. And when they are finally offloaded, they have to wait even longer to be loaded for a return trip with cargo headed in the opposite direction.

Biden and other Democrats are not allowing for the smooth flow of merchandise. Items are sitting in cargo containers waiting to be offloaded and shipped to buyers. And the farmers have to wait even longer to load their products into containers which will ultimately be put on the ships to be hauled to international buyers.

Phippen has stated that “My warehouses are already bulging at the seams. It scares the crap out of me because in five months I’m going to get a new crop in the door. There’s no timeout in farming. Those almonds aren’t worth squat in the warehouse,” he said. “They are worth a lot of money in Dubai.” He will have to decide what to do with a new harvest soon as he does not have the room to store the extra produce. Customers will not pay a cent for the crop until they can get it loaded on a ship.

Joe Biden refuses to acknowledge that there is a problem in the supply chain. He keeps telling the public that it is all related to getting the products to the stores so people can buy them. But the problem extends to the source and their inability to ship items because Biden’s container ship collection has filled up every port in America.

Newsbreak has reported that “The exasperation of agricultural exporters amounts to the latest chapter of the Great Supply Chain Disruption, the tumultuous reordering of international trade and transportation amid the worst pandemic in a century. At the center of the story is the shipping container: the steel box that revolutionized commerce, allowing unfathomable quantities of goods to be carried around the planet.”

Part of the issue that farmers face is that Biden allows for the shipping of empty containers back to Asia without filling them up with American-made products. He is letting foreign nations refuse to be loaded with American consumables because he wants to hurt the country in any way that his sadistic mind can think of.

The government’s job is to keep the avenues of trade open and fair for all people. But Joe Biden has strangled trade lines and avenues of shipping to the point that the farmers cannot get the products to their buyers. Eventually, the buyers will look elsewhere for their products which will leave the American farmer without a market to sell their products.