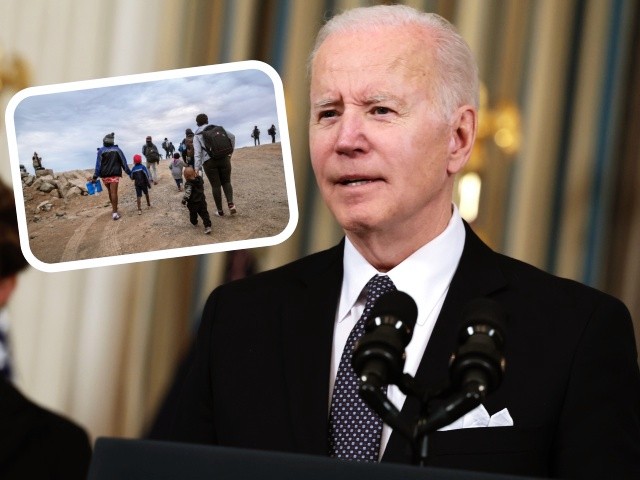 In 2019, Trump instated the Remain in Mexico program that helped effectively eliminate the policy of Catch and Release at the U.S.-Mexico border. Rather than apprehending and releasing border crossers into the U.S. interior, the program required officials to return border crossers to Mexico while awaiting their asylum and immigration hearings in U.S. courts.

On June 1, 2021, Biden’s Department of Homeland Security (DHS) Secretary Alejandro Mayorkas issued a memorandum terminating Remain in Mexico. A district court then ruled that DHS violated federal immigration law when it terminated Remain in Mexico and that Mayorkas had not adequately detailed his reasoning for terminating the program.

The district court ordered DHS to reinstate the Remain in Mexico program, though Breitbart News sources have said for months that the agency has slow-walked its reimplementation and is hardly making an effort to utilize it.

When Mayorkas, again, tried to terminate Remain in Mexico in October 2021, the court of appeals affirmed the district court’s preliminary injunction and ordered that the program remain implemented.

Now, SCOTUS will hear the case on whether federal immigration law requires the administration to continue implementing Remain in Mexico and whether the court of appeals was correct in determining that the program must remain implemented.

The Advocates for Victims of Illegal Alien Crime (AVIAC), the American First Legal Foundation, and the Immigration Reform Law Institute (IRLI) are among the organizations backing Texas Attorney General Ken Paxton and Missouri Attorney General Eric Schmitt’s lawsuit against the Biden administration in the case.

“Congress has established a detailed practice for how DHS processes aliens arriving from Mexico. Only Congress can change that practice,” lawyers representing AVIAC wrote in their amicus brief. “DHS cannot refuse to exercise its discretionary option to have aliens remain in Mexico and it cannot ignore a mandate of Congress to craft a third option that fits its desired immigration policy. That is lawmaking by [the] agency in its rankest form.”

The case is Biden v. Texas, 21-954 in the Supreme Court of the United States.