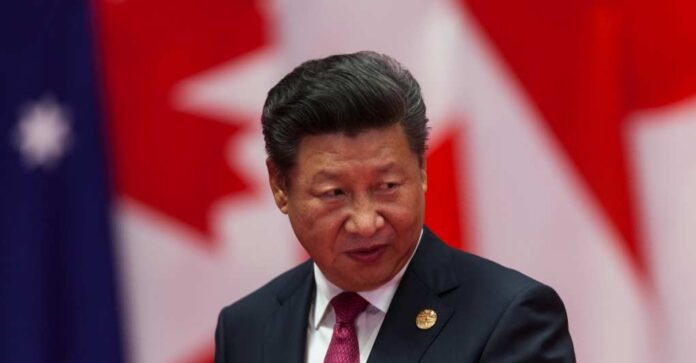 In the first official phone call between U.S. Secretary of Defense Lloyd Austin and his Chinese counterpart, Defense Minister Wei Fenghe, there was no time spared. Before Austin could even get settled in and familiar with Fenghe’s voice he was promptly stopped and left stunned by the demands. Considering the delay in demands even from the craziest of nations, this was a shocking tactic for Fenghe to take.

In a readout provided by the Chinese side, Fenghe demanded that Taiwan is an “inalienable” portion of China, and if Taiwan is not handled properly the working relationship between the US and China would become strained, and China will “resolutely safeguard national sovereignty, security, and territorial integrity.” They went on to also demand that Austin and the US recognize that “China requires the U.S. to stop conducting military provocations at sea…And not to use the Ukraine issue to smear, frame, or threaten China.”

These kinds of demands are the type of words we should expect from China. As time has gone on, China has been able to bolster not only the US dependence on them for manufacturing and technology, but we have a level of debt to them as well. This has in essence given China the “big” man in the locker room complex. They think they can walk around and swing their might at others, and they will cower back in respect/fear of the bigger man. The problem is they have only experienced this kind of energy from trying to bulk up in Taiwan.

Austin has been in office for a year now. He originally was looking for a meeting with Gen. Xu Qiliang — the highest-ranking uniformed officer in the Chinese Communist Party (CCP) military structure. However, they insisted he meets with Fenghe instead. This kind of tactic is something expected when they are outvoiced or easily overpowered. China has been feeling a bit disrespected by Austin and the US over the years due to previous relations.

Since 1972 the US has publicly used the “One-China Principle” and recognized Taiwan as a part of China. In a complete reversal, the US has provided Taiwan officials with direct communications, open trade, and provided defensive equipment to the island nation under the Taiwan Relations Act. This has put China at odds with the US and others who directly support Taiwan.

The call between the two also touched on maritime and air security for both nations as well as the conflict in Ukraine. Fenghe took every opportunity he could to avoid admitting the conflict in Ukraine was anything other than a Russian invasion. Given the recent bond between the two nations, this move was not surprising in the least. Their bond is not only militarily, but also in finances and resources.

Relations between the US and China have been in a very interesting position for decades. While the Chinese are happy to spot the US money and to be there to support insane ideas the US comes up with, they aren’t our ally. They aren’t in NATO, and they don’t want to be under any control but the control of Chinese leader Xi Jinping.

Jinping and Biden had a phone meeting on March 18th, where Biden “described the implications and consequences if China provides material support to Russia.” While neither the US nor China have said specifically what those implications are, the US knows what we would hope they are, but also what little we can expect from Biden. The call between Austin and Fenghe was a follow-up call of sorts. While not with the person Austin should have been dealing with, it does help ensure our lines of communication remain open.