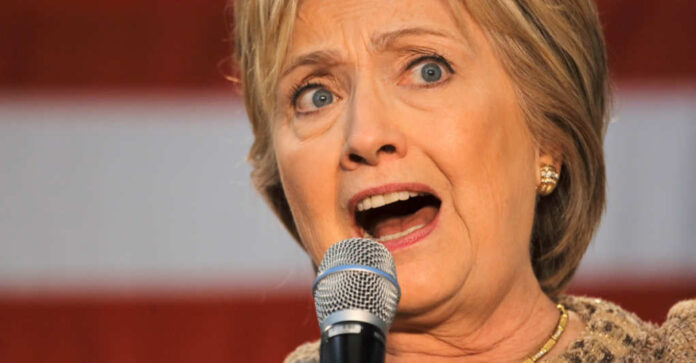 If you didn’t know it, there is a trial about to take place to decide if Hillary Clinton’s campaign lawyer, Michael Sussman, actually lied to the FBI or not. Sussman was indicted back in September on the charges, and his trial is set for May. And as the trial draws closer, both sides of the argument are gathering evidence to prove their point.

One such piece of evidence being brought forward by special counsel John Durham is a 2016 tweet from Hillary Clinton herself alleging the very same accusations that Sussman told the FBI. And as Durham claims, the tweet could very well help prove that Sussman and Clinton were in league together to discredit then-presidential candidate and Clinton’s opponent Donald Trump.

As I am sure you have heard, Clinton then alleged that Trump was in cahoots with the Russians to somehow try and cheat the election, in effect stealing it from Clinton.

As Clinton said in the tweet, “It’s time for Trump to answer serious questions about his ties to Russia.” Attached to the tweet was a screenshot that accused the Trump Organization of having a “secret server to communicate with Russian Alfa Bank.”

The interesting part is that this is almost word for word what Sussman went to the FBI about, and at the same time.

As Durham says, it only concludes that Clinton and Sussman had plans to oust Trump, including knowingly lying to authorities about the supposed threat.

As you well know by now, all such allegations against Trump have since been proven false, not only by the FBI but also by the CIA, special counsel Robert Mueller, the Senate Intelligence Committee, and now Durham.

The only question left is just who in the Clinton campaign was behind the made-up allegations.

Sussman claims that he was merely told of the allegations as if they were real and, as a concerned citizen, thought the FBI should know about them. The problem with his story is that he failed to mention that he heard the information from the Clinton campaign or that he was working for the campaign at the time. Instead, he merely said that a “client” of his had relayed the information to him.

While this might technically be true, as Hillary was a client to Durham and countless others, the lack of clarity makes it seem like Sussman was trying to hide something.

And that is precisely why a trial is being held and why evidence such as Clinton’s tweet could prove valuable to Durham.

According to the special counsel, the goal of admitting the tweet into evidence is to “show the existence of the defendant’s attorney-client relationship with the Clinton Campaign, which is directly relevant to the false statement charge.”