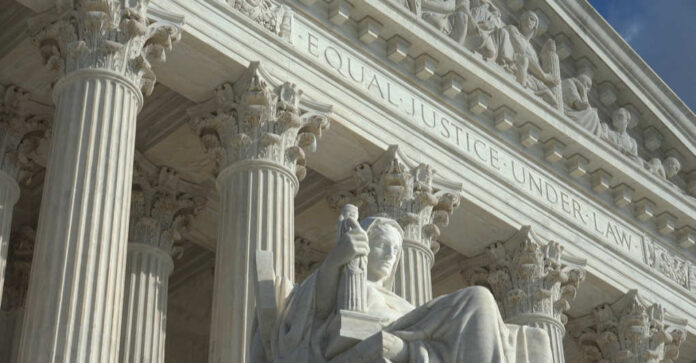 The insanity of the liberal left was on display outside of the Supreme Court as a man decided that he was going to light himself on fire. Wynn Bruce is the man that had been brainwashed into believing the world is going to end if mankind does not change their ways and stop burning gas in their cars and polluting the air.

Bruce was from the liberal-controlled city of Boulder, Colorado. The city is widely known as the place that all wacky liberals move to when living in Colorado. Bruce claimed to be a Buddhist priest and a friend made the claim that his suicide was to help call attention to the need for climate change.

The Democrats push climate change so much that a cultic following has developed. Wacked out liberals believe and violently push for a return to a time when cars were only an idea. And for those that love their cars, blindly believe that their electric options are reducing their carbon footprint. Even though the electricity they use is produced by the very resources they seek to do away with.

The death of Wynn Bruce is tragic. And yet it shows just how crazy environmentalists can become to get their point across. Bruce’s death does nothing to stop carbon increases in the atmosphere. His life could have been spent looking for ways to develop clean sustainable energy instead of ending his life violently.

His fiery end of life drew the attention of the Supreme Court Police, U.S. Capitol Police, and the Metro Police all who showed up on the scene. Bruce’s selfish exit of life put the lives of the officers in danger as they tried to save his life.

Bruce’s friend, Dr. K. Kritee, as mentioned in a social media post as reported by The New York Post “This guy was my friend. He meditated with our sangha [Buddhist community]. This act is not suicide. This is a deeply fearless act of compassion to bring attention to climate crisis. We are piecing together info but he had been planning it for at least one year.”

Kritee admits that Bruce was planning on burning himself alive for over a year. And yet knowing about the plan Kritee did not seem to do anything about it or alert people to help Bruce find a different way of protesting climate issues.

Bruce was taken to the hospital but died from his injuries. No one is going to remember the alleged reason why the man took his life. They will view his death as an act of suicide that at least one person could have stopped had he taken action.

The New York Post reported that “In 2020, Bruce left a cryptic Facebook comment that included a fire emoji and the date of his death, 4/22/2022.” The signs were there that he was going to commit suicide but none of his friends were listening. His friends should have intervened and got help long before Bruce started the fire.

The Democratic Party bears some responsibility for Bruce’s actions. They promote the end of the world-level climate issues knowing full well that what they are claiming is fake news. But in typical fashion, they push their own agenda without ever thinking through how the lies are going to affect others around them.

Bruce is not the first person to kill himself to make some kind of political statement. Others have died in the same fashion and as usual, nothing was done about the issue. Instead of pushing doomsday pandemic level news, the Democrats should help the Republicans educate people on the right way to protest change.

But the Democrats do not want people to know that peaceful protests work. They do not want people to know that contacting political representatives work at enacting change in the country. When enough voters put their collective voices together, change will take place. The end of Bruce’s life was tragic and could have been prevented had his so-called friends gotten the help that he drastically needed.