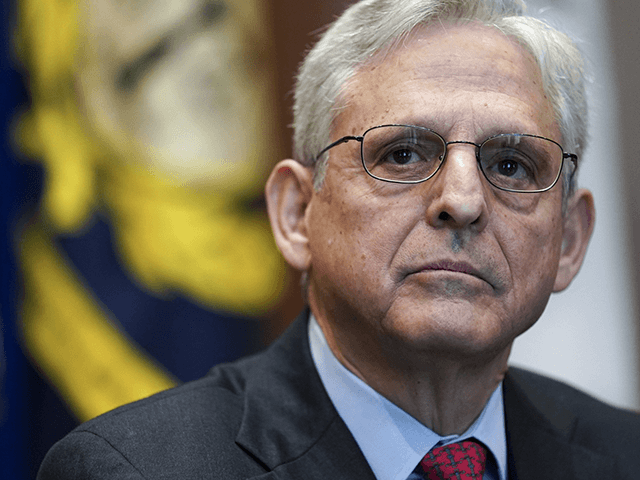 Sen. Bill Hagerty (R-TN) asked Garland if he knew of the probe into the president’s son. Garland refused to reveal any internal deliberations against Hunter but noted the investigation is being run by David Weiss, a Trump-appointed U.S. attorney in Wilmington, Delaware.

Weiss, a 20-year federal prosecutor, will have to determine if there is enough evidence to seek a federal grand jury indictment against Hunter Biden in an investigation that may end up including other members of the Biden family, such as Joe Biden’s brother James Biden, and potentially the president himself.

“I’m aware of that, but he reports to you,” Hagerty pressed about the investigation under Weiss.

“He is supervising the investigation and I’m not at liberty to talk about internal Justice Department deliberations, but he is in charge of that investigation,” Garland reiterated.

Garland then promised the Biden administration would not interfere in the investigation. “There will not be interference of any political or improper kind.”

Hagerty continued his line of questioning by asking if Joe Biden ever told Garland that Hunter did not break any laws, including tax fraud, money laundering, and violation of lobbying laws.

“The question of whether they have a special counsel is one that is an internal decision-making within the department, so I don’t want to make any judgments one way or the other,” Garland responded. “But I’m quite comfortable with the United States attorney for that district continuing in the role that he’s [Weiss] playing.”

During the 2020 presidential debate, Joe Biden claimed Hunter’s “laptop from hell” was a Russian plant “and a smear campaign.” Joe Biden has repeatedly claimed he was never involved in the family business.

But according to White House visitor logs obtained by the New York Post on Saturday, Hunter’s corrupt business partner, Eric Schwerin, met with Joe Biden at the White House 19 times between 2009 and 2015. Joe Biden was vice president during this time. The contact between Joe Biden and Schwerin directly contradicts Joe Biden’s repeated claims he was never involved in the family business. The Post’s reporting adds a twelfth instance Joe Biden has been involved in the family’s business scheme.

Text messages from 2019 on Hunter’s “laptop from hell” depict the Biden family payout mechanism. The instrument indicates a collection of 50 percent of familial salaries for 30 years.

“I hope you all can do what I did and pay for everything for this entire family for 30 years,” Hunter texted to his daughter in 2019. “It’s really hard. But don’t worry, unlike Pop [Joe], I won’t make you give me half your salary.”

The Biden’s family payment mechanism of collecting 50 percent of family salaries for 30 years could be legal “predicates” for racketeering charges, according to former Utah U.S. attorney Brett Tolman.