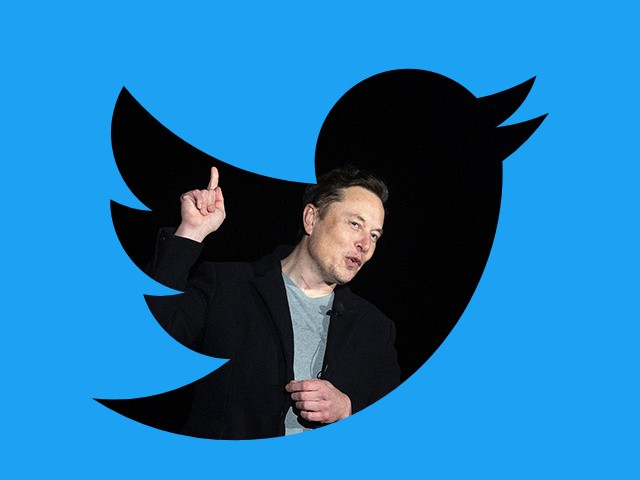 Due to Elon Musk’s expressed desire to transform Twitter into a free speech-friendly platform, Gadde allegedly cried during a company meeting as she “expressed concerns about how the company could change,” three sources told Politico.

“She acknowledged that there are significant uncertainties about what the company will look like under Musk’s leadership,” noted the outlet. “Twitter spokesperson Trenton Kennedy said Gadde became emotional when discussing her team’s impact and the pride she feels in them.”

“Sources confirmed that she spoke at length about how she is proud of the work her team has done and offered employees encouragement, urging them to keep striving to do good work at the company,” it added.

Gadde has been a Twitter employee since 2011 and recently oversaw the company’s trust and safety, legal and public policy functions. Employees have often described her as the “moral authority” on content moderation and she reportedly played a major role in both getting Trump booted off the platform and freezing the New York Post story about the Hunter Biden laptop.

On Tuesday, Elon Musk himself took notice of Gadde’s censoring tactics and called them “inappropriate.”

“Suspending the Twitter account of a major news organization for publishing a truthful story was obviously incredibly inappropriate,” tweeted Musk.

Writing for the Jeff Bezos-owned Washington Post in 2015, Gadde argued that certain users were trying to “silence discourse in the name of free expression.”

“I’m often inspired by the vigorous debates on controversial issues that occur on Twitter, but I’ve also been seriously troubled by the plight of some of our users who are completely overwhelmed by those who are trying to silence healthy discourse in the name of free expression,” she wrote.

As Breitbart News previously profiled, Gadde has a history of donating to Democrats and even publicly defended Yoel Roth, a Twitter official responsible for fact-checking policy, when he called members of the Trump administration “Nazis.”

“No one person at Twitter is responsible for our policies or enforcement actions,” she said. “We are a team with different points of view and we stand behind our people and our decisions to protect the health of the public conversation on our platform.”

Gadde also said in 2016 she has “never met a national politician in the U.S. who is so ill informed, evasive, puerile and deceptive as Trump.”

One employee told Politico that Musk’s purchase of Twitter has created a high degree of uncertainty in the company.

“I think everyone at Twitter, regardless of how they feel about the news, is feeling reflective and emotional,” said one Twitter employee. “We’ve gone through a lot in the past two years and I think it’s generally instigated a lot of reflection. I think this was more of an acknowledgment of the uncertainty everyone is feeling right now.”

On Monday, several human rights groups voiced “concerns” about the proliferation of “hate speech” on Twitter following Musk’s acquisition of the company.