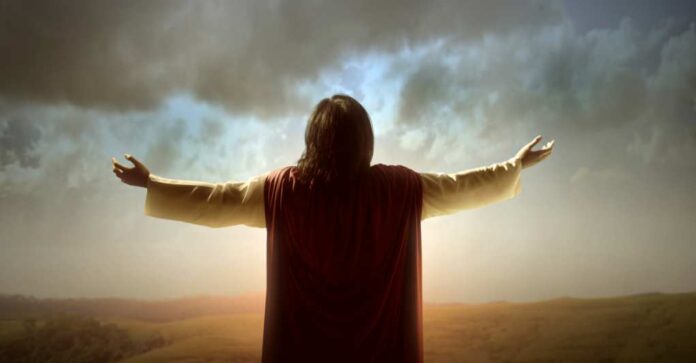 MSNBC analyst Matthew Dowd is quick to bring Jesus into politics, but you have to wonder just how much he knows about him. The first clue to Dowd’s understanding comes when he said, “If Jesus Christ were alive today…”

This statement came right after the world celebrated Easter Sunday, the day that Jesus was raised from the dead.

Matthew Dowd was a former Bush campaign advisor and recently ran for Lt. Governor of Texas as a devout Democrat. He made this statement on MSNBC while a panel was discussing accusations against Michigan State Senator Mallory McMorrow. The host of the panel was Nicolle Wallace, she played a clip of McMorrow addressing accusations against her by Republican State Senator Lana Theis. She said that McMorrow wanted to “groom” and “sexualize” children in schools and teach them about critical race theory.

Dowd began defending McMorrow and praising her for fighting for children by teaching what is controversial in public school. He stood tall on his soapbox declaring that we are in a “culture war” against the GOP. He warned that his fellow Democrats were going to lose the next election if they didn’t take a stand for the most marginalized.

“This is something that I have tried to talk about: Being a Christian, having grown up Catholic, having been an altar boy and all of that – how the faith has been captured by a small segment of our society who have tried to define it in a way that Jesus never had defined it, and actually the opposite way of Jesus,” Dowd said.

He summed up what he believes is the entire message of the Gospels and the Easter celebration as being “love one another.” And that’s when he declared his wrong Easter theology and labeled Jesus as a “groomer,” “woke,” and a “socialist.” He went further to describe the message Jesus would speak today, he said that Jesus treated everybody with dignity and he hung out with prostitutes and tax collectors. Dowd said that Jesus was nailed to a cross because he stood for the most marginalized people in the Middle East.

This is not the only time Dowd has used his Bible as a source for political news. Last year Dowd tweeted after sitting in a church service that Jesus would be accused of being “woke.” He followed that with a challenge that we all treat all people with respect and dignity and that it was grounded in the constitution that all men and women are equal.

At least one Republican responded to Dowd’s portrayal of Jesus. Republican Arkansas Senator Jason Rapert wrote in reply that Jesus was not “woke” and he is not pro-choice either. Rapert then shared Proverbs 6:16-19 with Dowd which says that the Lord hates things like shedding innocent blood and people who stir up conflict.

Curt Mills, a conservative journalist, said that Dowd may be the “most shameless figure in politics.”

In 2020, Dowd took some heat for saying that Senator Bernie Sanders was sexist just because he ran against Hilary Clinton in 2016. He said that there was one way Bernie could demonstrate that he believed a woman can and should be running for the presidency… “Don’t try to defeat a woman running for president,” Dowd wrote.

Jesus is alive today and that’s still the thing that is most important to Him.