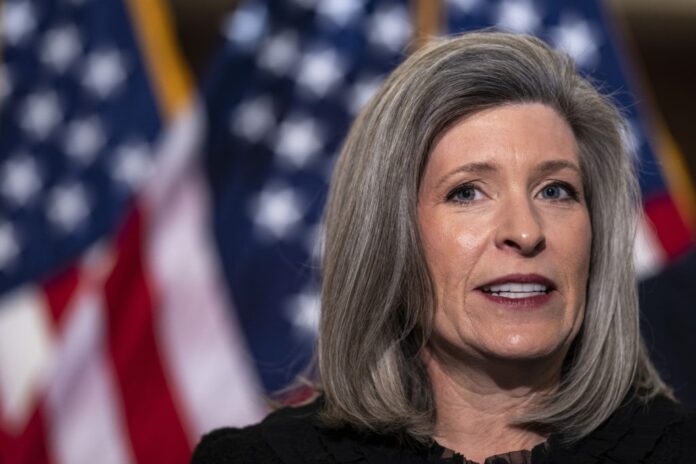 Ernst spoke to Breitbart News after a Patient Rights Advocate (PRA) report found that only 14.3 percent of hospitals complied with a Trump rule requiring hospitals to post online all prices for their medical services.

The Iowa senator told Breitbart News that Biden needs to ramp up enforcement of this rule to ensure that Iowans and Americans have fair access to information about their healthcare needs.

“These transparency measures are important to empowering patients, increasing competition, and ultimately lowering health care costs for Iowa families, which is why my colleagues and I have been pushing to solidify the Trump administration policies that were put in place,” Ernst explained to Breitbart News. “The Biden administration needs to step up, enforce these transparency policies, and make sure Iowans and all Americans have access to information about the costs associated with their health care.”

Sens. Ernst, Braun, and Chuck Grassley (R-IA) introduced the Healthcare PRICE Transparency Act in 2020, which served as the basis for Trump’s healthcare executive order that set up the transparency rule, called Transparency in Coverage.

Grassley said in a statement in July 2020:

An extra dose of transparency will bring more accountability and competition to the health care industry. It’s time for Americans to have more financial information available to them when going to the hospital and working with their insurance companies. I applaud President Trump’s continued commitment to bring more sunlight to the health care industry.

Both the healthcare price transparency rule and the Republicans’ bill aimed to increase competition in a healthcare industry that has become increasingly concentrated.

Other Republicans, such as Rep. Jim Banks (R-IN), have proposed legislation that would increase hospital competition and reduce healthcare consolidation.

One study from the National Library of Medicine found that the prices for the services provided by a physician practice increased by an average of 14.1 percent post-acquisition.

The study abstract explained, “Nearly half of this increase is attributable to the exploitation of payment rules. Price increases are larger when the acquiring hospital has a larger share of its inpatient market. We find that integration of primary care physicians increases enrollee spending by 4.9%.”

The coronavirus pandemic also accelerated the decades-long trend of hospitals and other corporate entities purchasing physician practices, according to a report from the Physicians Advocacy Institute (PAI) and Avalere Health.

By the beginning of 2021, nearly 70 percent of American physicians were employed by hospital systems or other corporate entities, such as private equity firms and insurers, leaving less than a third of physician practices in independent hands.

“Hospitals and large health systems have a vested interest in ‘capturing’ physicians’ patient base to maintain a steady stream of revenue. Unfortunately, the marketplace forces driving these trends show no sign of abating,” a PAI letter sent to Congress explained. The letter argued physicians should keep their clinical autonomy to continue to provide high-quality and low-cost care for their patients.

In one instance, NPR reported how Kyunghee Lee, a 72-year-old retiree, had to pay 10 times more for the same procedure she had received in the past after the University Hospitals health system in Ohio moved up one floor, allowing the hospital system to charge her for a “facility fee.” Hospitals are not required to inform patients ahead of time of the facility fee.

“Facility fees are designed by hospitals in particular to grab more revenue from the weakest party in health care: namely, the individual patient,” Alan Seger, a professor of health policy at Boston University School of Public Health, said.

Marni Jameson Carey, the executive director of the Association of Independent Doctors, said patients should look for independent practitioners if they are interested in finding more affordable care than a healthcare conglomerate provides.

“This is one of the terrible fallouts of consolidation,” Carey said.