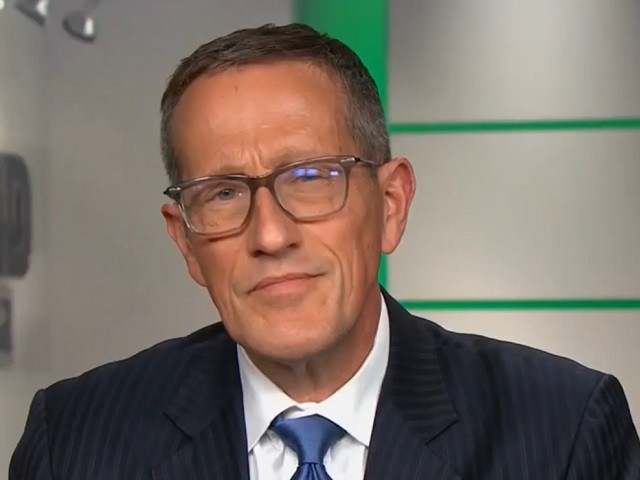 On Thursday’s broadcast of CNN’s “The Lead,” CNN host Richard Quest stated that while the White House “tried to spin” the negative first-quarter GDP numbers “as a one-off, they cannot ignore the fact that more and more private economists…are now saying a recession in the U.S. is likely next year as the Fed raises interest rates.”

Quest said that the number doesn’t mean that a recession is imminent, “but does it mean — is this the canary in the mine for what will happen either later this year or early into next? So, the next quarter is very unlikely to be negative as well. There were unique factors about this particular set of numbers. However, if we look, Jake, at the wider economic position, well, there is more cause for concern. And whilst the White House today has tried to spin this as a one-off, they cannot ignore the fact that more and more private economists, those working for big banks and the like, are now saying a recession in the U.S. is likely next year as the Fed raises interest rates. So, it is a murky picture, which this particular number today, whilst maybe not crucially important, is certainly giving a bell of alarm.”

Quest added that “there’s not much” President Biden “can do about it anyway, to be blunt. First of all, there’s the underlying economic situation. I’ve made a list here, Jake. You’ve got inflation that’s already in the system from the monetary policy of the last few years, you’ve got the supply shock from COVID, you’ve got the higher oil price as a result of the Ukraine war, you’ve got the Ukraine war itself and the problems of a European slowdown, you’ve then got worries about what will happen next, and you’ve got China currently on shutdown. Now, put all that together, throw in the Fed, which is absolutely terrified now by an 8.5% inflation rate in the United States, the highest for 40 years, and talk of half-a-percentage-point rate rises for the foreseeable next few meetings. No, there’s not a lot the president could do even if he wanted to. This is a cake that is well and truly baking at the moment, the ingredients are all there, and it really just depends on how the Fed is going to move as a result of the way they see it rising at the moment.”