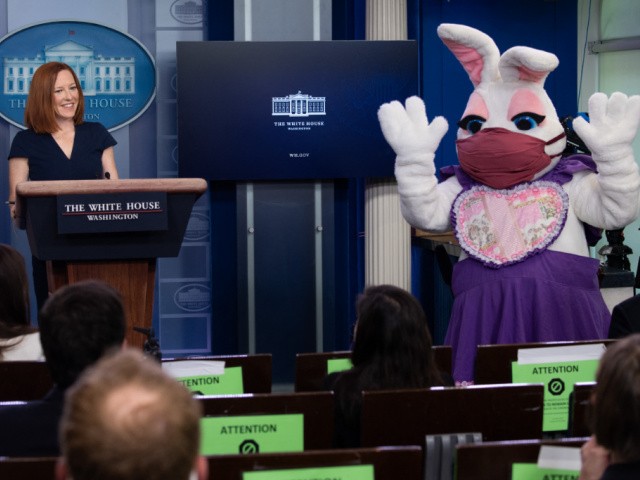 Politico reported Friday, ahead of the White House Correspondents’ Association dinner on Saturday, that the work of White House reporters has become less glamorous, with few interested in challenging the administration or holding it accountable.

The article suggested that President Joe Biden is fulfilling his promise to make the news more boring — even as he violates many other promises, such as ending the coronavirus pandemic, expanding the economy, or bringing Americans together:

Some of those covering the most powerful office on the planet say that the storylines, while important, and substantive, can lack flair or be hard to get viewer attention. There is industry-wide acknowledgment that viewership is down. Television outlets have been quick to turn their attention to other stories and bolster other units. There is a sense that the main saga of American politics is taking place outside the confines of 1600 Pennsylvania Avenue and that the journalists covering it — Donald Trump and the future of democracy — may reap the career rewards.

The dulling down of the White House beat is not due to a lack of reportorial talent in the room. Nor has it meant that the work being done hasn’t been important: major stories are being broken regularly on everything from the Covid fight, to the war in Ukraine, to inflation, immigration and legislative battles over the social safety net. Rather, what is happening is the fulfillment of a central Biden promise. Running for office against Donald Trump — the most theatrical, attention-seeking, Beltway-panic-inducing president in living memory — he pledged to make Washington news boring again.

The reporters themselves explain their boredom in terms of the supposed competence of White House press secretary Jen Psaki, according to Politico:

“Jen [Psaki] is very good at her job, which is unfortunate,” one reporter who has covered the past two administrations from the room said. “And the work is a lot less rewarding, because you’re no longer saving democracy from Sean Spicer and his Men’s Warehouse suit. Jawing with Jen just makes you look like an asshole.”

Politico suggests there are no “stars” in the briefing room — ignoring the emergence of Peter Doocy of Fox News as the lone journalist who regularly stands up to the administration and asks questions on pressing topics.

Biden is attending the White House Correspondents’ Association dinner, known to insiders as “nerd prom.” President Donald Trump was known for ignoring it. In 2018, the host of the dinner mocked press secretary Sarah Sanders over her appearance.