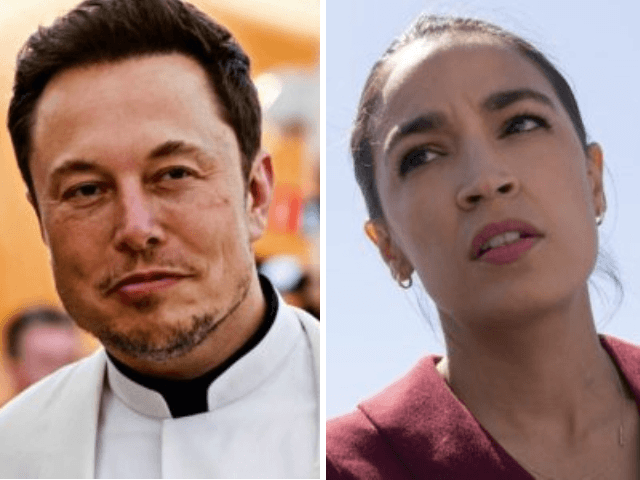 “Stop hitting on me, I’m really shy,” Musk said in his reply with a blushing emoji:

In her initial post, Ocasio-Cortez wrote she was “Tired of having to collectively stress about what explosion of hate crimes is happening bc some billionaire with an ego problem unilaterally controls a massive communication platform and skews it because Tucker Carlson or Peter Thiel took him to dinner and made him feel special.”

In a post on Saturday, Ocasio-Cortez shared a screenshot of the exchange with what appeared to be her reply to Musk that said, “I was talking about Zuckerberg but ok.”

When a user pointed out that she deleted the tweet, Ocasio-Cortez claimed she tried not to give “people with massive ego complexes” attention:

“Unlike the leaders of Facebook, Google, Apple, Amazon, Elon Musk believes in free speech. He thinks everyone should be allowed to talk, including people who disagree with him,” he said:

At this point, you have no choice but to put your hopes in the good intentions of an eccentric billionaire. There’s no other option because no one else is coming to the rescue. So, in the case of Elon Musk, we will see how this turns out, but for now, Musk’s purchase of Twitter is the single biggest political development since Donald Trump’s election in 2016. It is certainly the most threatening challenge to the corrupt and incompetent leadership of this country.

“The hashtag #LeaveTwitter began to trend on the platform after the news of Musk’s $44 billion buyout broke, with some appearing to follow through on that promise,” Breitbart News reported Wednesday.