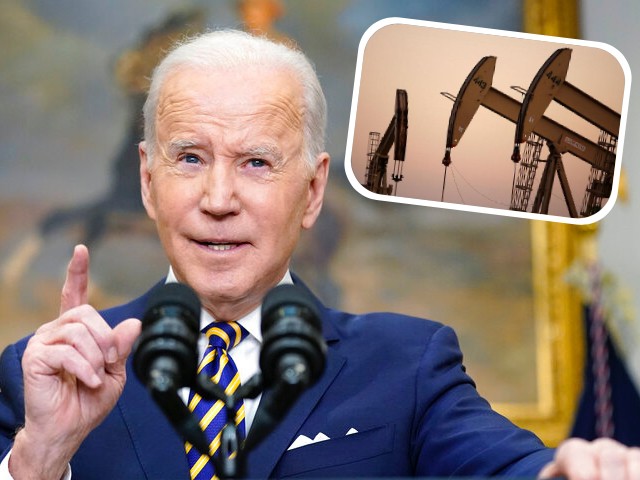 The announcement was the federal government’s response to a federal court order to resume leasing exactly ten months earlier. The federal government, specifically the Bureau of Land Management (BLM), which oversees 245 million acres of surface and 700 million acres of mineral estate, is required by an Act of Congress, the Mineral Leasing Act, to conduct quarterly sales of oil and gas leases on lands not otherwise off limits to that activity. President Biden ended those sales his first week in office, but on June 14, 2021, a federal district court in Louisiana ruled that “pause” illegal. The Biden administration both appealed and asserted it was taking steps to comply with the judge’s ruling but slow walked the latter. Thus, days ago, the West, home of most BLM lands, entered its sixth quarter without a lease sale.

That was not all. Biden cancelled the Keystone XL pipeline, initiated adoption of draconian regulations making energy production more costly and warred against the ability of oil and gas operators to obtain financing. Energy prices began climbing. In response, Biden went hat-in-hand to Saudi Arabia, Iran, and Venezuela asking that they, not we in the West, increase their production. Twice, Biden tapped the Strategic Petroleum Reserve. Nonetheless, energy prices kept rising and Americans blamed Biden.

Thus, came Good Friday’s announcement, which reversed a Biden campaign promise to end oil and gas leasing on federal lands. Progressives outraged by Biden’s decision either have not read the fine print or are in on the mischief, for Biden eliminated 80 percent of the land available for leasing and increased the cost of operating those leases by 50 percent. Without saying so, Biden is achieving what radical environmentalists demand when they insist that we “leave” fossil fuels “in the ground.”

We have been here before during the Carter administration, when radical environmentalists–who Robert Zubrin called Merchants of Despair and who Reagan called Luddites– ran the U.S. government’s energy policy. Federal agencies chose what lands were available for energy exploration, instead of those who will invest hundreds of millions even billions of dollars to find new sources of oil and gas selecting the lands most likely to contain new sources of oil and gas. Federal agencies also limited available tracts to increase the price paid the government for their use and sought to maximize bonus bids and royalties. The federal government failure to find new energy rather than short-term federal revenues exacerbated the catastrophic 1979 Oil Crisis, which revealed Carter as helpless.

President Jimmy Carter raises his fist as he makes a point during an address on inflation in Washington on November 13, 1978. Carter made the address as his administration called for an increase in world oil prices. (AP Photo)

Because Reagan sought energy independence, he opened the entire Outer Continental Shelf to exploration via “area-wide leasing” during which all but the most environmentally sensitive tracts were available to permit operators, not career bureaucrats, to select the most perspective tracts. Reagan did the same onshore, opening lands that had been locked up for years and even decades.

That Biden seeks to return to Carter’s scarce and high-priced energy policies is clear from his spokesperson on the issue, Secretary of the Interior Deb Haaland, who indicts not just Reagan but also Congress itself. “For too long,” she said in a statement, “the federal oil and gas leasing programs have prioritized the wants of extractive industries above local communities, the natural environment, the impact on our air and water, the needs of Tribal Nations, and, moreover, other uses of our shared public lands.”

This is nonsense. Congress set the terms under which federal lands are leased and energy discovered, developed, and delivered to the consumer, which means in accordance with the strictest environmental laws in the world to protect “the natural environment [and] our air and water.” Wyoming, for example, has benefitted mightily from oil and gas development for decades, and those of us from Wyoming remain proud of its pristine beauty and can still brag that “Wyoming is what the West was.” As to the “wants” of “local communities,” ask the people of Douglas in Wyoming’s Converse County who hope for hundreds and even thousands of new “oil patch” jobs what they want. Had Haaland held a lease sale, she would know that governors have the ability request removal of tracts they consider sensitive– requests that we readily granted in the Trump administration.

Secretary Haaland, the first Native American to serve as secretary, presumes to speak for “the needs of Tribal Nations,” but when she attacks oil and gas development, she does not represent the Utes of Colorado and Utah, the Three Affiliated Tribes of North Dakota, the Shoshone and the Northern Arapaho of Wyoming, or even individual Navajos living on allotted lands in New Mexico. Nor, when she advances scarcity and high energy prices does she show concern for many Native Americans who, in the worst inflation in 40 years, must choose between food and fuel.

On behalf of the Biden administration, Haaland plans “to reset how and what we consider to be the highest and best use of Americans’ resources for the benefit of all current and future generations.” That is not her decision. Indeed, despite her attempts to change the law while in Congress representing Santa Fe and Albuquerque, Congress has spoken. Moreover, because of the rarity of energy deposits, “the highest and best use of Americans’ resources” is development, in compliance with federal environmental laws and multiple use principles, of the vast stores of oil and gas beneath the surface.

How much, we in the West wonder, must Biden hate us that he would prefer to obtain oil and gas supplies from our enemies abroad than from westerners who can produce not just energy in abundance but also high paying American jobs that can revived rural economies through energy royalties, taxes, and other revenues? He must loathe us because he placed our lands off limits and priced them out of reach.

William Perry Pendley, a Wyoming attorney, served in senior positions in the Reagan and Trump administrations and for three decades represented pro bono clients including at the Supreme Court of the United States.