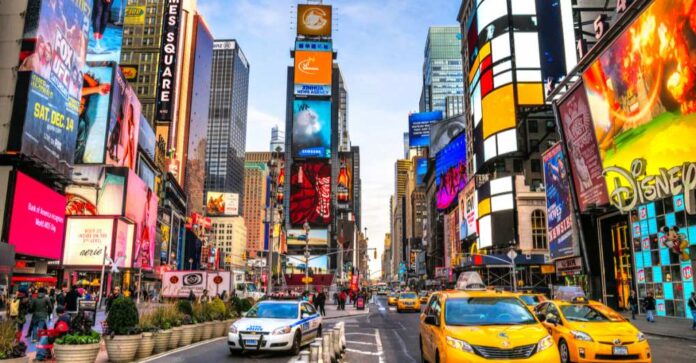 For ages, New York leadership on both sides of the aisle has been trying to set up the state’s voting districts in ways that favor their demographics. However, those maps were always challenged in court and a nice compromise was found. This latest round from state Democrats is probably one of the most direct examples of gerrymandering done in the state in the last 30 years.

Michael Li is a member of the Brennan Center for Justice and spoke with The New York Times about the case. “Like other state courts around the country, New York courts aren’t finding the question of whether a map is a partisan gerrymander a particularly hard one to decide. It’s very hard to defend a map like New York’s, and ultimately if it quacks like a duck, it probably is a duck.” Granted this doesn’t mean it’s over either.

Republicans don’t appear poised to strike the maps according to the plaintiffs’ spokesman, John Faso. This lack of follow-through on such blatant gerrymandering is surprising, but not outside of expected responses to this ruling. This kind of ruling makes headlines and lets those on the fence know just how crooked the left has been.

With a red wave expected in districts across the nation because of the horrific leadership of President Biden, these lines are absolutely crucial in a traditionally blue state like New York. With two judges dissenting to make up the minority, the three who found the Democrats were wrong said “We are satisfied that petitioners established beyond a reasonable doubt that the Legislature acted with partisan intent in violation,” of a Congressional statute of 2014.

Democratic spokesman Mike Murphy believes the court will allow the lines to stand. With a Court of Appeals that were all appointed by Democratic governors, he is certain they will have no problem getting this ruling overturned. Given the lack of real drive by Republicans to have anything done for this gerrymandering besides taking them to court, it really won’t matter.

Given the ruling telling a Democrat-led Legislature to redraw district maps by April 30th or leaving the court to appoint a neutral expert to do it for them, the relaxed attitude by Republicans is the smartest move. By giving the left enough rope to string themselves up, they can easily make this into a big story for the voters just as they go to the polls.

Finding out that the left purposely left voters waiting till the last minute to learn how their districts were being shaped, is horrific. Middle of the road voters who learn how much the left was tilting the scales in their direction, and how they tried to steal the election from the Republicans at all costs could be the silent storm that makes that red w ave into a full title wave and washes the blue away across the state.

Despite the right holding eight House seats, the new maps had Democrats gaining a competitive advantage in 22 of 26 districts in the state. With very little time remaining for the new maps to be pushed out, the court failed to establish a ruling about delaying the primaries from June to August. Without a delay, the voters of NY are being placed in a precarious place. While the districts down in the NYC area are likely to vote down the left side no matter what, the rest of the state is certainly up for grabs. Especially after Biden has destroyed the frail economy, and NY leadership does nothing to attract new industries to move to the state.