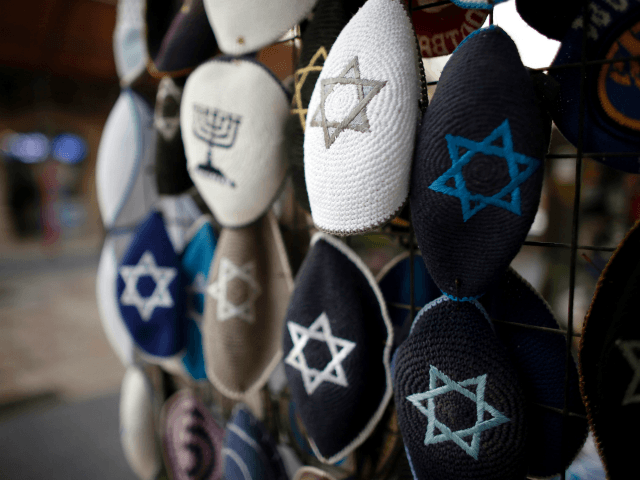 Jewish and non-Jewish Twitter users criticized Keyak’s recommendation to hide Jewish identity. One woman replied to Keyak, “I wore my Magen David today. It’s a little on the small side. I need a bigger one. And I do fear for my safety in the ‘current climate.'”

One man asked Keyak, “Should I hide my eyes to avoid being targeted for being Asian?”

Comparing Keyak’s statement to victim-blaming, another Twitter user said, “She was wearing an awfully short skirt….”

Despite receiving backlash from his statement, Keyak doubled down on his position, saying, “It’s important that those who wear kippot (head coverings) don’t feel more pressure to put our lives in unnecessary actual danger.”

In September 2020, Keyak blamed former President Donald Trump for antisemitism in the United States, saying, “We know that Donald Trump’s use of antisemitic tropes has emboldened all those who hate Jews.”

Keyak still serves as the Jewish Engagement Director for Joe Biden for president, according to Bluelight Strategies, the company he c0founded.

President Joe Biden took days to condemn the rise in antisemitic attacks, only doing so on Monday.

As reported by Breitbart News, ADL CEO Jonathan Greenblatt said while his organization called out former President Donald Trump at times, “‘none of the people committing’ recent antisemitic attacks ‘were wearing MAGA hats,’ rather, ‘we have people waving Palestinian flags and then beating Jewish people.'”

A Twitter analysis by the ADL revealed more than 17,000 tweets between May 7 and May 14, 2021, contained a variation of the phrase “Hitler was right.”

Recent antisemitic incidents reported by Breitbart News include a group in London yelling, “F*** the Jews,” and “Rape their daughters,” as well as a masked pro-Palestinian mob allegedly attacking Jewish diners in Los Angeles and a pro-Israel walk in Illinois being disrupted by protestors yelling “Kill the Jews.”