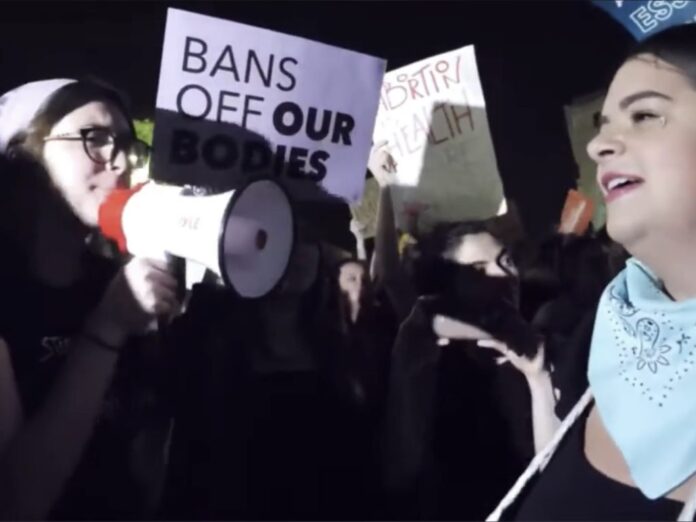 Pro-choice activists called on Congress to “pack the courts” in a spontaneous demonstration outside the barricaded Supreme Court in Washington, D.C. on Monday evening, after a draft opinion leaked overturning the Roe v. Wade (1973) decision.