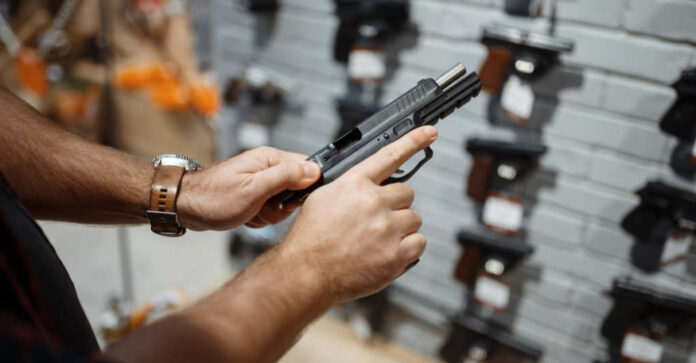 For decades the Democratic Party has tried to push the idea that firearms in the hands of the public are a terribly dangerous thing. And every time there is a shooting, whether it occurs in a school or shopping center, that belief is pressed upon yet again. Unsurprisingly, their goal has been to ban as many firearms from the American people as possible.

However, that’s become increasingly hard to do when studies continue to prove that the public is actually safer when they are armed.

Take a recent comparison conducted by the National Bureau of Economic Research in Tennessee, for example.

According to the NBER’s “Guns, Privacy, and Crime” Report, areas containing high gun ownership via concealed carry handgun permits were compared to areas with very little. And what was found was that those with more guns had less crime.

This was most specifically shown in the number of burglaries taking place.

Now, for most of us, this logic only makes sense. After all, why would criminals want to commit a crime in an area where people who live and work there are more apt to carry a gun and fight back? But, the fact of the matter is they don’t.

Instead, like most types of predators, they seek out easier prey, such as those who reside in zip codes without too many gun permits nearby.

But just how do these criminals know that gun permit holders are in the area?

Well, for the city of Memphis, Tennessee, this information was made public by a local newspaper. Originally, the idea was that by making this information public, the Memphis Commercial Appeal newspaper would be shaming all those who held gun permits at the time. In addition, the hope was that gun owners who didn’t have a license yet, wouldn’t apply for one if to only avoid their permit status being made known to everyone and their brother by the paper.

As you can imagine, the idea was quite controversial.

However, this study and the city have since realized that publicizing this information gave criminals a sort of road map as to where the best places to commit their crimes would be.

As the study authors wrote, “We use detailed crime and handgun carry permit data for the city of Memphis to estimate the impact of publicity about the database on burglaries. We find that burglaries increased in zip codes with fewer gun permits, and decreased in those with more gun permits, after the database was publicized.”

Therefore, criminals must “infer” that the likelihood of running into an “armed resistance” while committing their sins is higher in certain locations and thus “should influence their propensity” to commit such crimes in those locations.

And that doesn’t just go for more planned out crimes or heists like burglaries. The study noted that rates of less premeditated crimes such as shootings or assaults also didn’t happen as often in zip codes with a higher concentration of gun permit holders.

So much for the idea that guns make our populations more dangerous.

In fact, as this study seems to prove, they actually make us safer. This would also help to explain why gun ownership nationwide has increased drastically in the last few years.

As ABC reported last year, minorities specifically seem to be jumping on the gun ownership bandwagon.

From 2019 to 2020, gun ownership among blacks rose some 58 percent. Among Asians, there was a 43 percent increase, and 49 percent more Hispanics began owning guns too. Furthermore, it’s important to note that some 40 percent of these purchases were first-time gun buyers.

The outlet and other sources noticed that the increase in gun ownership first started to really climb during Obama’s presidency. And since then, it has only grown. But contrary to the Democratic Party’s popular belief, it’s not just bald and burly white men who buy guns.

Instead, it’s people from all walks of life and zip codes.

And as this study proved, making that known to criminals will likely have a tremendous effect on the when and where of their crimes.