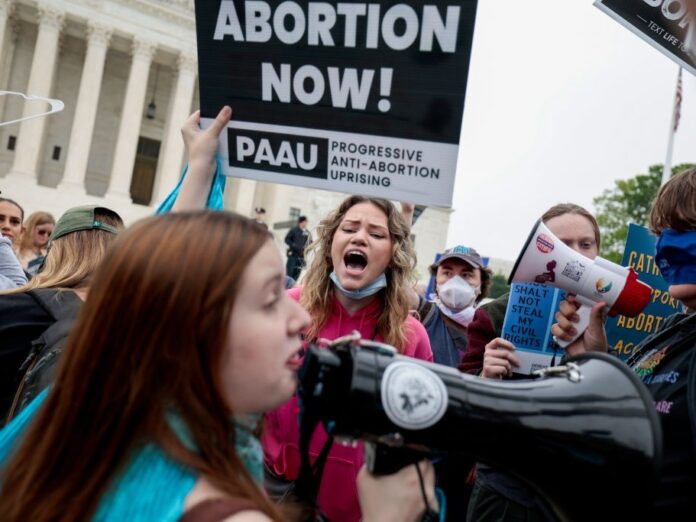 “Republicans just gutted Roe v Wade, the Constitution’s guarantee of reproductive freedom, and will ban abortion in all 50 states if they take over Congress,” Maloney tweeted. “Only Democrats will protect our freedoms. That is now the central choice in the 2022 election.”

Politico published what claims to be the first draft of an opinion that would overrule Roe v. Wade but is not binding unless at least five judges sign it. Despite the leak, at this time, the case before the court, Dobbs v. Jackson Women’s Health Organization, is still pending.

Oral arguments were heard last year, and the decision was not expected until the end of the Court’s term in June.

Ahead of the midterms, Democrats are already looking to lose many seats, which will cost them the House and potentially the Senate. The midterms usually play as a referendum on the president’s political party, which may not be good for them.

President Joe Biden has seen low approval ratings after being in office for over a year.

Biden’s presidency has been marred by the consequences of poor decision-making on his part, such as the supply chain crisis, record-high inflation, the botched Afghanistan withdrawal, and the skyrocketing price of oil and gas and everyday goods.

Pro-choice demonstrators hold placards in front of the U.S. Supreme Court in Washington, DC, on May 3, 2022. (BRENDAN SMIALOWSKI/AFP via Getty)

However, the Democrats candidates in the Senate have already used the draft opinion as talking points in campaign statements following the Monday night’s leak to try and leverage the upper chamber and Senate Majority Leader Chuck Schumer (D-NY) to eliminate the filibuster and codify the woman’s right to an abortion.

“The Supreme Court is poised to inflict the greatest restriction of rights in the past fifty years – not just on women but on all Americans,” said House Speaker Nancy Pelosi (D-CA) and Schumer in a joint statement.

“Several of these conservative Justices, who are in no way accountable to the American people, have lied to the U.S. Senate, ripped up the Constitution and defiled both precedent and the Supreme Court’s reputation.”

Pro-life and pro-choice demonstrators gather in front of the US Supreme Court in Washington, DC, on May 3, 2022. (BRENDAN SMIALOWSKI/AFP via Getty)

But, it is unclear what the Democrat leaders are referring to as a “lie,” since no justice has ever said during their confirmation hearings that they would not overrule Roe v Wade. In fact, there is also no polling yet to support their argument.

“Every Republican Senator who supported Senator McConnell and voted for Trump Justices pretending that this day would never come will now have to explain themselves to the American people,” the Democrat leaders added.