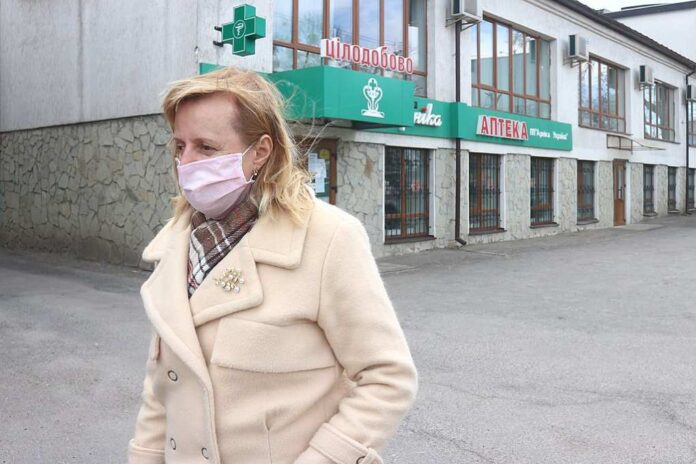 There are differences between laws and policies. The police are supposed to arrest those who break the law – not those who disagree with policies.

Yet, in New Hampshire, one woman gets handcuffs thrown on her because she chose to go maskless.

Is this what the country has become? We’re simply going to arrest those who want to do what those in other states are allowed to freely do?

This is the United States of America…and we can’t even be united on allowing people to go without a mask. If this woman were in Texas, she would have been allowed to do as she pleased. Yet, in New Hampshire, they’ve decided to feed into scare tactics instead of science.

All it took was one person to show up to the Timberlane Regional School Board’s meeting. It was an in-person meeting to be held at the Performing Arts Center for the district.

The chairwoman of the school board, Kimberly Farah, had a last-minute decision to hold the assembly virtually.

She was afraid that it wasn’t safe for people to meet in person yet – even though the CDC has said it’s okay, especially if people are vaccinated or wear masks.

Before the cancellation could take place, a group of people showed up. And…they were not wearing masks. They were there to demand that the school mask mandate be lifted once and for all.

Farah was concerned enough that she called the police, claiming she didn’t want to “jeopardize the health of the staff and the students.”

At no point were the people without masks even asked if they were vaccinated. The assumption was that they were not – and it went against the current policies of Plaistow, New Hampshire.

Obviously, the liberals of a small town know better than the recommendations of the CDC and of the federal government, right?

Kate Bossi was the first one in the building – and she was also the first that the police decided to target. Bossi, a mother and a Sunday school teacher, was placed in handcuffs in front of her child.

She told the police that they were violating her rights – and she’s absolutely right.

It’s important to truly determine what is a jailable offense.

Is it fair for someone to get thrown into jail in New Hampshire when that same person could do what they did in Texas without a problem? After all, we are supposed to be united, at least when it comes to general law enforcement policies.

Let’s be clear. States are not choosing to deal with mask mandates in the same way.

Bossi was arrested in New Hampshire for going maskless – and for making the demands of the school board to lift their mandates.

Meanwhile, in Texas, Governor Abbott declared “Texans, not government, should decide their best health practices, which is why masks will not be mandated by public school districts or government entities.”

Should Rossi be punished for fighting for equal rights across the country? Absolutely not.

It is questionable as to why the chairwoman even called the police. If she were wearing a mask, she would have been protected against the maskless. But, she allowed her fears to turn her into a victim.

There are countless instances where the liberals want to clutch their pearls and claim that the mask mandate is critical. Then, as soon as they think no one is looking, they tear off their own masks in order to breathe fresh air.

One man who witnessed what was happening at the school board meeting yelled to the cops, saying “Come on, Sgt. Porter. You know this is wrong, what they’re doing to our kids.”

There’s no reason to force children to wear masks. The CDC and the American Academy of Pediatrics have said that within-school infections are rare and there are simply not enough child-to-adult transmissions to be concerned.

So, kids can go maskless without school boards having panic attacks.

Yet, in New Hampshire, a woman was literally arrested because the police decided to enforce a policy instead of a law.