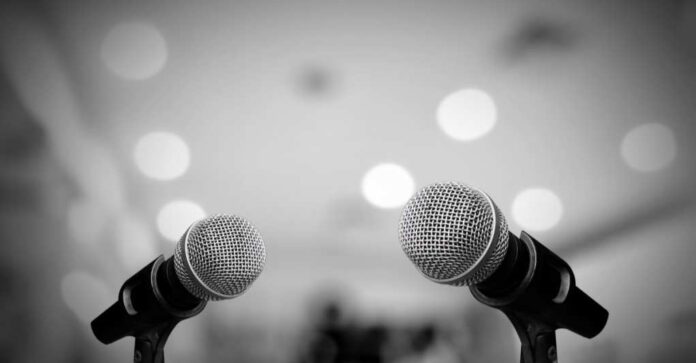 It’s customary for political candidates to verbally duke it out in an open forum. It gives them an opportunity to publicly express their views and agendas. But all too often the debates erupt into mudslinging brawls that accomplish very little. Hand a politician a microphone and they’re going to immediately go for their opponent’s jugular rather than reveal their own plans to accomplish world peace.

Political debates can get so nasty that some candidates see them as causing more damage than good so they’ve opted out. They won’t allow themselves to be publicly embarrassed or humiliated.

Here’s the kicker. This doesn’t only apply to opposing party debates. More and more GOP candidates are refusing to debate candidates within their own party who are vying for the same position. In his bid for state governor, Republican Ted Budd of North Carolina was a no-show at the last four scheduled Republican candidate debates.

Following suit, GOP gubernatorial candidates in Nevada, Ohio, and Nebraska, will not stand behind a podium only to dodge bullets from others who are seeking the same nomination as them.

GOP candidate Herschel Walker is fighting tooth and nail for a critical seat in the U.S. Senate, but he won’t battle it out on a debate stage. He bypassed the first debate and it’s likely he’ll do the same for the next one scheduled for later this week.

Walker knows he isn’t as silver-tongued as some of the other candidates so why face a public flogging when he can be using his time more productively?

Some GOP candidates are following the lead of Donald Trump who was notorious for skipping debates in 2016. Trump preferred to stay on the campaign trail where the stage belonged only to him, where there were no distractions to interfere with the message he was bringing.

Refusing to debate is not just a passing phase taken by a select few candidates. The GOP is looking into not debating anyone from any party. Who needs those things, anyway?

The Republican National Committee is already moving forward with plans to cancel its participation in the next series of presidential debates. The chosen 2024 Republican party nominee will have the ultimate say-so, but they’ll also be under immense pressure to abstain.

As expected, not all Republicans favor the move. Some say skipping debates will harm candidates by leaving them unable to answer crucial questions and unprepared if and when they cross paths with a rival who wants to wrestle.

Herschel Walker’s decision is being questioned by a former Trump administration official and Navy veteran, Latham Saddler. “If you can’t get on the stage and debate fellow Republicans, how the heck are you going to debate Raphael Warnock in the general election?”

Saddler is one of the five Republican candidates who are up against Walker in the election. Raphael Warnock is the Democratic incumbent. Saddler said, “Usually if you’re in hiding, you’re in hiding for a reason,” he said.

Walker holds an impressive lead so far and said that other candidates like Saddler are just jealous. “Because right now Herchel’s going to win that seat,” he said. “They can’t win it, so they’re going to the old politics where people are tired of that. They want what people are going to do for their state of Georgia, and they can’t do anything but complain.”

Jonathan Felts, a spokesperson for Ted Budd, said that his boss is taking his message face-to-face to the people instead of through a TV camera on a debate stage.

It’s hard to argue with the logic of not publicly arguing with other candidates as many debates have come to represent. Donald Trump knew this. If that isn’t proof positive, nothing is. Maybe the GOP is on to something.