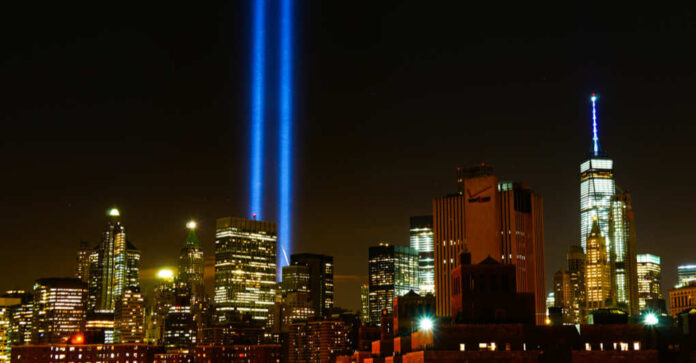 Families of the 9/11 terrorist attack victims are asking why it has taken 20 years for them to see evidence that was acquired from the investigation. President Biden signed an executive order just last fall to declassify evidence in the case against the terrorist, but the families still had to use courts in the United Kingdom to be able to get records and videos from an alleged operative from the Saudi government.

Brett Eagleson is leading a group of families who have been fighting for the information. He was just 15 years old when his father, Bruce, was killed in the World Trade Center South Tower. And now, 20 years later, he is working so that his children will know about what he calls “the secret of 9/11.” He will not rest until it is clear who was behind the plot to kill so many people, including his children’s grandfather.

His questions loom, “Will the Justice Department now explain to the families and to America why they did not pursue charges against (Saudi national Omar) al-Bayoumi? And most astonishingly, why did this information come from the U.K. government and not our own FBI?”

Evidence was taken from the home of Saudi national Omar al-Bayoumi less than two weeks after the 9/11 attack. He lived in Birmingham, England. There was a video from 2000 seized and is not being seen for the first time. The video is of a party in San Diego at the apartment of Nawaf al-Hazmi and Khalid al-Mihdhar. They were the first two hijackers to arrive in the U.S. in January 2000. These two men would later fly Flight 77 into the Pentagon.

Several frames in the video show the host of the party, Omar al-Bayoumi. He was arrested two weeks after 9/11 by British police. But the 9/11 Commission found no credible evidence that he was involved in the terror attack or aided the terrorists.

But now there is evidence that Omar al-Bayoumi was given a stipend by the Saudi General Intelligence Presidency (GIP) through then Ambassador Prince Bandar bin Sultan. And one of the files declassified by the FBI reveals that there is a solid chance that he had advanced knowledge that the attacks were going to occur.

There is also new information about a secret investigation by the FBI that was code-named “Operation Encore.”

Danny Gonzalez, a retired FBI agent, worked on the secret operation and he told CBS News that he believes Bayoumi was connected to the hijacker’s support network in the United States.

A spokesperson for the 9/11 families has revealed that the British have uncovered files with 14,000 pages of documents and more than 40 hours of video and audio interrogations of Bayouomi by British counterterrorism police.

The British authorities released a notepad with a hand-drawn plane and a mathematical equation. Navy veteran and pilot Robert M. Brown testified, ”I shared with the FBI my opinion that there was a reasonable basis to believe that the drawing and equation were used as part of the preparations of the al Qaeda terrorists to carry out the 9/11 attacks.”

Another video released showed Bayoumi greeting and embracing American Muslim cleric Anwar al-Awlaki. He supported the hijackers in San Diego and then in Virginia in the months before the 9/11 attack. He was the first American targeted for death by the FBI as a known senior leader of the al Qaeda affiliate in Yemen and was killed by a CIA drone strike in 2011.

With this recent evidence from the British, some of the 9/11 families are suing Saudi Arabia for their part in the attack, even though the 9/11 Commission found no connection. The FBI is not commenting on this story and would not comment on why the 9/11 plaintiffs had to go through British courts to get the needed information.