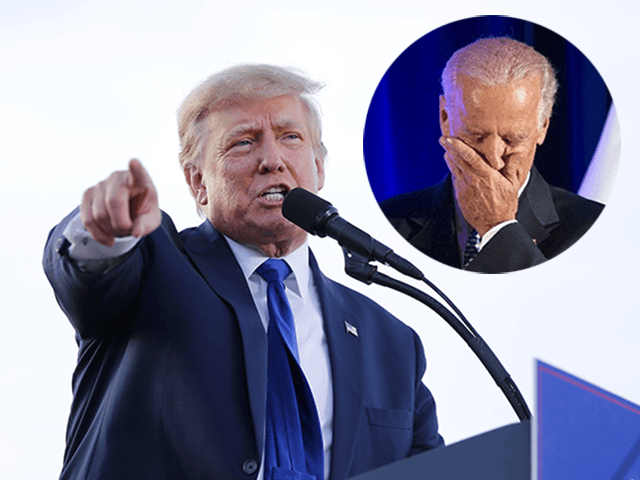 The survey, which came ahead of the Republican Senate primary race in Ohio, asked respondents if they would be more likely to vote for a candidate in their state if he or she had Trump’s or Biden’s support.

“If a candidate for election in your state were endorsed by President Joe Biden, would you be more likely or less likely to vote for that candidate? Or would it not make much difference?” the survey asked.

The survey, taken April 28 and May 1, 2022, among 1,000 likely U.S. voters has a +/- 3 percent margin of error. It comes on the heels of J.D. Vance’s victory in Ohio’s Senate Republican primary, as he surged in the polls in the final stretch of the race after Trump offered an endorsement, deeming Vance “the most likely to take out the weak, but dangerous, Democrat opponent.”

“He’s strong on the Border, tough on Crime, understands how to use Taxes and Tariffs to hold China accountable, will fight to break up Big Tech, and has been a warrior on the Rigged and Stolen Presidential Election,” Trump added in his endorsement.