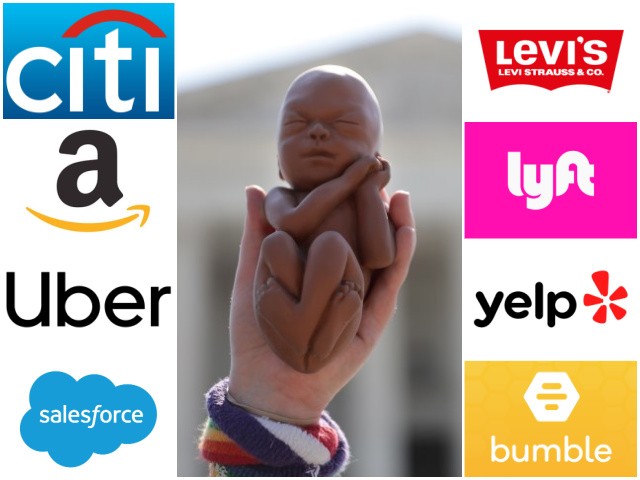 Since conservative-leaning states began flexing their legislative muscles to outlaw abortion within their borders or severely limit its practice, companies from the likes of Amazon to Yelp have been drafting policies that will pay for employees’ abortions should they live in a state that outlaws the practice. After Politico published the leaked Supreme Court decision indicating that Roe v. Wade may be in its final days, more and more companies have been actively considering implementing such a practice, with none other than Amazon joining the fold this week.

Amazon became the latest corporation to cover employees’ travel costs to seek abortion care. The company told staff it would pay up to $4,000 in travel expenses annually for medical treatments including abortions, according to a message seen by Reuters. An Amazon spokesperson confirmed the nature of the Reuters report to CNN Business.

Amazon joined Citigroup, Yelp, Uber, Lyft, Bumble, Match Group, and Salesforce to draft such a policy. On Tuesday, Levi Strauss & Co. reminded its employees that its current benefits program will grant reimbursements “for healthcare-related travel expenses for services not available in their home state, including those related to reproductive health care and abortion.” The company said:

Access to reproductive health care, including abortion, has been a critical factor to the workplace gains and contributions women have made over the past 50 years. Further restricting or criminalizing access will jeopardize that progress and disproportionately affect women of color, putting their well-being at risk and impeding diverse hiring pipelines.

Women in some states would have fewer rights than women in others, and our country would be consigned to a more unjust and inequitable future. What’s more, companies would need different health policies for different locations – including coverage for time off and travel across state lines – to ensure employees can access reproductive health care.

Likewise, Match Group CEO Shar Dubey said in a statement that she “personally, as a woman in Texas, could not keep silent” when the company announced its abortion tourism policy this past September in response to the Texas law that banned abortion in most cases.

As Breitbart News recently profiled, a Fox News poll showed that a majority of Americans want and support some abortion restrictions.