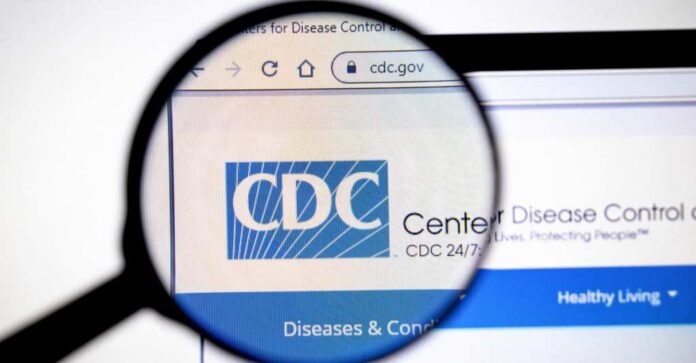 If you suspect that the government seized the day during the chaos of the pandemic to gain more control over the people of the United States, then you are going to blow a gasket when you read this.

The United States Centers for Disease Control and Prevention (CDC) paid $420,000 for a year of access to location data taken from millions of cell phones so that they could track compliance with their COVID-19 lockdown restrictions, according to a new report released by the media. They purchased this information from the data brokerage SafeGraph.

The information was aggregated so that it would show general trends, but it still caused deep concern by many who advocate for the right to privacy in America.

According to the one report, the CDC expected to use the data to check and see if there was overall compliance with restrictions such as curfews and visits to public schools. The CDC defended accessing the information saying that it was critical for their ongoing responses to the pandemic.

One cybersecurity researcher, Zach Edwards, told the media that it appears that the CDC had more significant desires for the location data than just tracking the pandemic response.

“The CDC seems to have purposefully created an open-ended list of use cases, which included monitoring curfews, neighbor to neighbor visits, visits to churches, schools, and pharmacies, and also a variety of analyses with this data specifically focused on ‘violence,” Edwards said.

At the very beginning of the pandemic, SafeGraph made some of its aggregate information available to the public for free. The data revealed how visits to bars and restaurants had shifted after restrictions were first announced. In one of the companies’ blog posts, they shared how the CDC was using the public information to more fully understand where the potential for spreading the disease was the highest.

But at some point last year, SafeGraph decided to start charging for their location data. This company is financially backed by a former head of the Saudi Arabia intelligence agency, Turki bin Faisal Al Saud. Last June, Google banned SafeGraph from the Android app store, therefore the company was forced to take away the company’s tracking codes. They were still able to track location data from codes embedded in other apps.

This data allows the user to have insight into where people live, work, and where they go. At first, the CDC used the tracking information as “critical for ongoing response efforts, such as hourly monitoring of activity in curfew zones or detailed counts of visits to participating pharmacies for vaccine monitoring,” according to the documents. But new information also shows that there were 21 other ways the CDC planned to use the data. They intended to track patterns of visits to K-12 schools and they really focused on the effectiveness of their policy on the Navajo Nation.

Initially, the CDC marked their purchase as being “URGENT” because of the crisis of the pandemic, but an agreement still exists between the CDC and SafeGraph and it has been extended due to the CDC arguing that they have an interest in keeping access to mobility data as the country opens back up.

This information from the CDC and SafeGraph was obtained through a Freedom of Information Act request from CYBER, a cybersecurity podcast hosted by Vice’s Motherboard. It revealed that the CDC actually purchased location data from tens of millions of phones in the United States. They will continue to monitor mobility data because they want more insight into human behavior.

That sounds a whole lot like Big Brother. Anyone concerned about the issue of privacy should be up in arms.