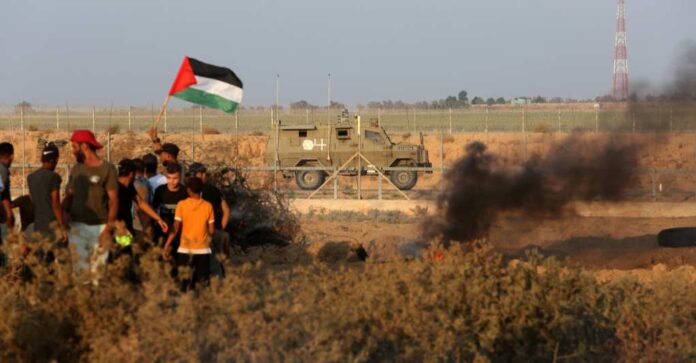 Alejandro Mayorkas is the criminal mastermind overseeing the southern border. He is Joe Biden’s Homeland Security chief and could not care about keeping the country safe from foreign invaders. The man thinks that the border issues directly result from Donald Trump’s failed policies. And he is not afraid to share his pointless opinion of a belief based nothing on lies.

The Democrats fought hard to keep Donald Trump from being able to finish the wall that would have secured the border and made life a lot safer for people living near it. A structure that would have kept illegals out and made life safe at the border. Mayorkas admitted that Joe Biden had wasted $72 million in shutting down all the wall construction.

Mayorkas tried to make it sound like Donald Trump was the problem. He said, “We inherited a broken and dismantled system that is already under strain. It was not built to manage the current levels of migration flow. Only Congress can fix it. We have effectively managed an unprecedented number of noncitizens seeking to enter the United States.”

Congress was in a position to fix the border while Trump was president. But the Democrats kept dragging their feet and refused to work with Republicans to develop a solution that would work.

Millions of illegals continue to press the border, and all Biden does is put them on buses and release them into the country’s interior. The delusional man thinks that Biden is handling the border just fine. But letting illegals walk on across without intervention is not handling anything. It is letting a problem get out of control. And eventually, it will destroy the country in the process.

Biden does not care about the country. All the old man cares about is himself and pacifying illegals. He refuses to stand up to the migrants. Instead of telling them to enter the country the legal way, he wants to let them enter any way they want. And that is putting American lives in danger near the border.

Newsmax reports that “DHS released more than 80,000 of those migrants, raising the total number of illegal immigrants released under the Biden administration to 836,225.” The old man is on pace to set a world record for letting illegals into the country.

Biden and his administration willfully wasted millions of dollars to stop securing the border. Terrorists have an open the door to enter the country from the south and be transported by the Biden express to their next target. And without intervention, there is no chance of catching them before killing innocent people. It is a clear signal that the president and his staff are not concerned about protecting the country.

Mayorkas is blind to the truth. He is also in favor of ending Title 42 and binding the hands of border agents tasked with enforcing immigration laws. The Homeland Security Chief reasons that the 1944 law keeps people from being registered at the border; The agents turn them away.

But registering people under Biden’s watch is not border control. It takes an inventory of the names of people he is getting into the country illegally. Biden’s approach to the border marks him as a traitor. He has willfully chosen to assist illegals in invading America.

A president who cared about the country would have already secured the border or allowed the construction of the wall to be finished. The funds that Biden wasted would have better been used to provide the equipment agents need to do their job of protecting people.

The president and his staff have proven that they cannot be trusted with American security. They are more concerned with confusing the issue to justify letting illegals wander across the border. But even more alarming than their betrayal is the frivolous spending of money they have wasted on opening the border.