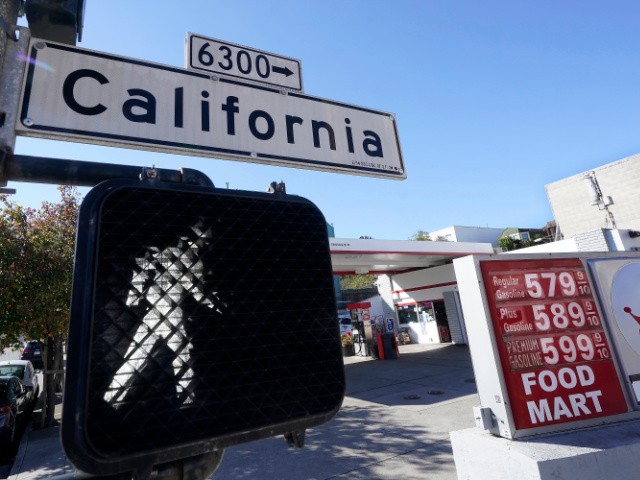 The national gas price average reached a record high Tuesday at $4.374 per gallon for regular gasoline, according to AAA. That reflects a 26 cent increase over the last month.

In comparison, one year ago, the national gas price average stood at $2.967, but it has continued to skyrocket over the course of Biden’s presidency.

The overall gas price average for diesel in California is over $1.00 more than the national average, standing at $6.512.

Missouri is reporting the lowest state average, coming in at $3.933 as of Tuesday.

This trend spells trouble for Democrats as they head into the midterm elections, as many Americans blame Democrat leadership and President Biden himself for rising gas prices, as he stifled American energy production on day one.

Democrats, however, are in denial — publicly, at least — blaming oil and gas companies, as well as Russia’s invasion of Ukraine, for the rise in prices, even though it was on the rise far before the invasion.

“I think they’re blaming oil companies. They will blame all of us if we don’t do something about the fossil fuel industry,” she added.

Biden has also failed to take responsibility for the current state of affairs, telling reporters on Tuesday that, “I think our policies help. Not hurt.”