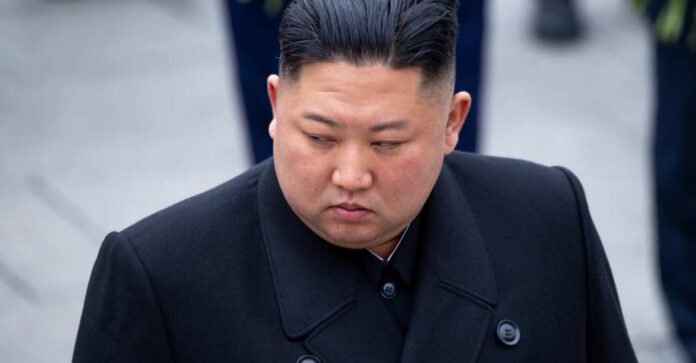 Some people have to make everything about them. You know the type even if you don’t realize it. The man who always one-ups your stories, the woman who has to get the more expensive phone the day after she sees you got a new one, or the kid who throws toys across the classroom when the teacher refuses to let them manipulate the lesson during kindergarten. These people never got enough love from mommy and daddy as kids.

Kim Jong Un is one of them. Despite being one of very few children, he never felt the love from his father while he studied in Europe. This when combined with the North Korean brainwashing forms a very unhinged individual with no regard for the safety of his people, or himself. He is also aware that should he perish in conflict with North Korea that he would attain a legendary status far beyond his father, and possibly over his grandfather’s.

Legacy and exaggerated stories of how great their leaders are is what has kept North Korea believing the same basic propaganda for decades. While extraordinary tales of how smart, talented, or gifted the Dear Leader is being passed around like folk legends here in the US, the people of North Korea blindly follow his every word and keep his ego overinflated.

This combination has led him to continue lobbing his missiles into the waters east of North Korea. With 15 missiles launched since the start of the year North Korea is on track to have one of its most productive years in terms of advancing its military capabilities. Mind you this latest test came down a lot closer to shore and maintained a lower altitude than usual. Reportedly this was a Hwasong-15 missile, and they were looking to gather more data on the boost phase of the engine’s performance.

The Hwasong-15 missile is North Korea’s first missile that has the potential of reaching the US mainland, and it serves as the centerpiece of Kim’s crown jewel of military achievements and potential nuclear forces. By launching this kind of missile Kim not only gains data but with Biden preparing for a major visit to Asia towards the end of the month he hopes to gain his attention and get him to discuss loosening sanctions on the nation.

With the pending introduction of a more conservative president in South Korea, Kim realizes that antics like these may not be tolerated much longer. Unfortunately for Kim, these tests won’t get the response he wants once that change takes place. Biden and the current South Korean president tolerate these kinds of tests simply because it’s easier to let this man-toddler tire himself out than it is to make advances towards this already devastated nation.

Kim is doing his best to remind anyone within the party that might want to challenge him that he is running things in North Korea. He knows of the rumors of his sister taking over and him losing his power, as well as the ones about multiple high-ranking officials looking to overthrow him. These kinds of tests serve as a reminder that he can and will implode the nation before he will give up his power or look like a fool.

Thankfully for Kim, since the state controls all the media, and has harsh penalties for outside media, he can keep the information the people of North Korea gain incredibly limited. The one thing every defector has told us is that the people of North Korea are tired of him, and his oppression. Unfortunately, as they are all too afraid to discuss this with one other, they have not and will not stand up and gain the freedom many have never had. It’s a shame that needs to be fixed at some point. Just not today while that unstable child is still in charge.