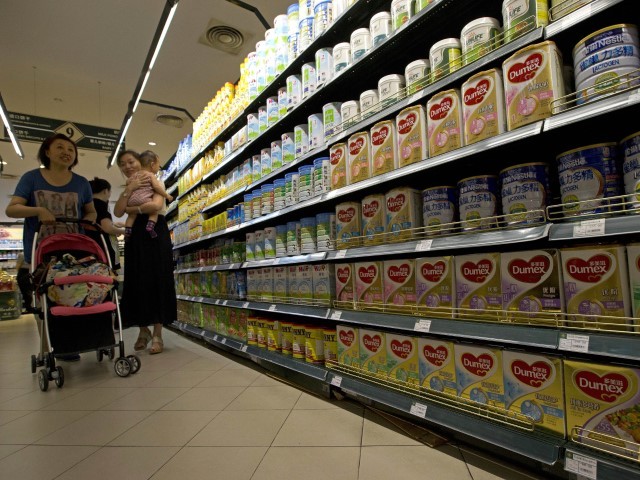 Who is “they?” Well, the Biden administration, of course.

You don’t think Joe Biden would put Americans at the head of the baby formula line, do you? Democrats hate Americans, especially the babies they didn’t get a chance to abort.

Hoping to change the country’s demographics (a stated goal of Democrats and the media), Biden is flooding the country with illegal immigrants, a record number of them, even as he spends $40 billion to protect Ukraine’s border. But now, according to this congresswoman, people who have no business being in our country are receiving the baby formula countless American mothers can’t find for their own babies.

On a social media post, Cammack said she received photographic evidence of the border deliveries from a border patrol agent.

Illegal immigrants are “receiving pallets and more pallets of baby formula at the border,” she said. “This [photo of baby formula] was taken at Ursula processing facility [in Texas], where thousands are being housed and processed and then released into the United States.”

The photo, she says, is the full shelves of baby formula shipped to the border for illegal aliens — you know, the people breaking into our country at the invitation of the Biden administration.

In a Facebook video, Cammack said this border patrol agent told her, “Kat, you would not believe the shipment [of baby formula] I just brought in.” Cammack added that this guy “has been a border patrol agent for 30 years, and he has never seen anything quite like this. He is a grandfather, and he is saying that his own children can’t get baby formula for his grandkids.”

She adds, “He, as a border patrol agent, just took in pallets, pallets of baby formula for all of the illegals that are crossing into the United States.”

What’s more, these illegals should not even be in the country, and by extension, they and their babies should not be our responsibility. These folks should be in Mexico using Mexico’s resources, not in America illegally draining our resources, especially a resource as vital as baby formula.

If these illegals didn’t stroll into our country illegally, something Biden is openly encouraging and allowing, we wouldn’t have this problem.

The congresswoman also makes a good point. Using secret flights, the Biden administration will release most of these illegals into the American interior, which will only stress our baby formula resources all the more … and our housing resources … and our law enforcement resources.

But maybe Democrats think that with Roe v. Wade about to be overturned, they can still kill babies this way … American babies who might grow up and not vote “correctly.”