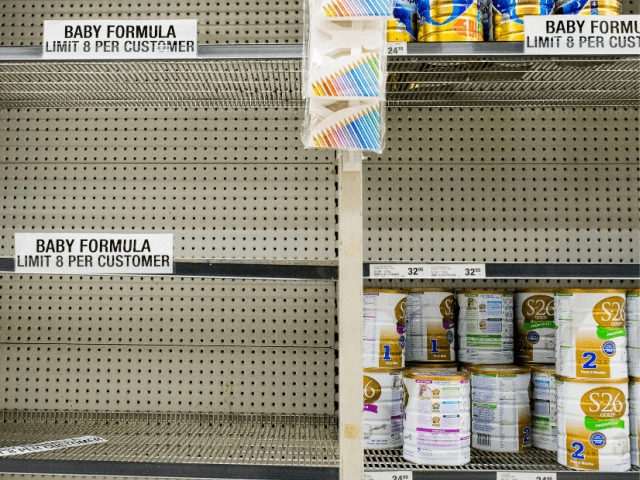 The meeting was scheduled after a national outcry at the shortage, which has left mothers across the nation panicking as they are unable to feed their infants.

The shortage has been anticipated for months, yet the Biden administration failed to take action to prepare for the crisis.

President Joe Biden plans to speak with baby formula manufacturers and retailers Thursday about the plight of families struggling to find formula due to supply chain disruptions and a safety recall.

The Food and Drug Administration warned consumers on Feb. 17 to avoid some powdered baby formula products from a Sturgis, Michigan, facility run by Abbott Nutrition, which then initiated a voluntary recall. According to findings released in March by federal safety inspectors, Abbott failed to maintain sanitary conditions and procedures at the plant.

On Wednesday, incoming White House press secretary Karine Jean-Pierre said she did not know who was “running point” on the issue.