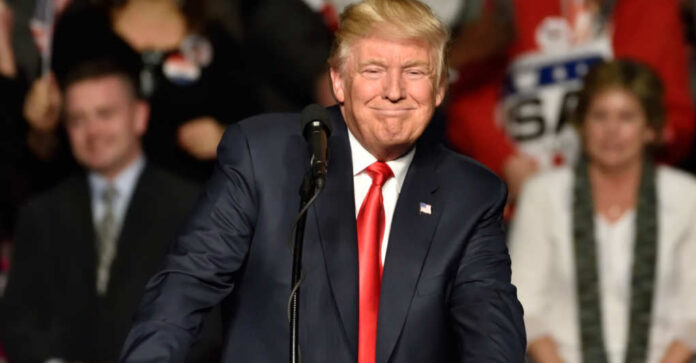 Never before in American history has a former president maintained such a tight grip on a political party as Donald J. Trump. From his home in South Florida Trump still pulls the marionette strings of Republican lawmakers. If he says dance, they dance. To disappoint the man would risk not receiving his coveted endorsement that propels Republican candidates straight to the top of the voting polls. On the other hand, if Trump speaks poorly of a candidate, their political career is over.

Even Republican renegades such as Mitt Romney and Josh Hawley, whose ideas generally run opposite from their constituents in the GOP, can’t deny how the Don remains a force to be reckoned with. He remains the kingpin of conservative politicians who worship every corpuscle of his America first blood.

Trump didn’t need to officially endorse J.D. Vance for the Senate GOP nomination in Ohio for Vance to achieve an easy victory. Instead, Trump took an alternate route by criticizing Vance’s opponent who isn’t fully on board with the direction of the GOP, literally handing Vance the trophy.

Even Josh Hawley can’t deny the power Trump still holds over the GOP. “He’s the leader of the party, that’s clear … If he decides to run, he will be the nominee,” he said.

Mitt Romney cut his own throat by twice voting against Trump during the impeachment trials. He was going for a conviction. After learning his lesson the hard way Romney said that any GOP candidate who doesn’t firmly latch on to Trump’s coattails is not living in reality. They won’t win.

“I don’t delude myself into thinking I have a big swath of the Republican Party,” said Romney. “It’s hard to imagine anything that would derail his support. So if he wants to become the nominee in ‘24, I think he’s very likely to achieve that.”

The Senate race in Ohio was a clear indication of how support for Trump hasn’t waned in the least. If anything, thanks to Joe Biden’s less than lackluster performance, his popularity has grown. GOP lawmakers all agree that unless a candidate has an endorsement from Trump, no other endorsements matter. Being “Trump-approved” means more than their campaign itself.

Trump’s favoritism of Vance’s played well for other GOP candidates in Ohio. Max Miller and Madison Gesiotto Gilbert waltzed uninterrupted into the House. J.R. Majewski, who once painted his front lawn as a tribute to Trump, smoked his two opponents despite their larger bankrolls.

Majewski’s victory came just one week following an Ohio rally where Trump sang his praises, more or less telling his supporters where to cast their votes. That’s all they needed to hear.

During the 2016 elections, Sen. Rob Portman (R-Ohio) refused to endorse Trump. Although Portman still won his own election, that was then. His fall from grace became apparent when the candidate the Senator was backing during this latest primary only took 5th place to the Trump-backed candidate’s win.

“I told you the endorsement was going to matter. And it did,” Portman said of Trump’s endorsement. “He has a very high approval rating among Republican primary voters.”

Donald Trump has yet to be clear about seeking the presidential nomination in 2024, but if he does, he’ll need no endorsement to reclaim his rightful position.