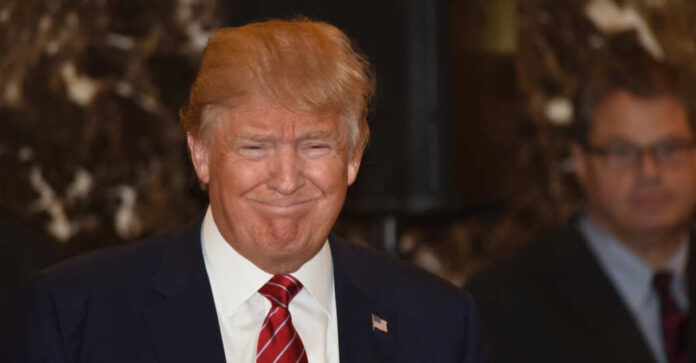 The attorneys for Crooked Hillary Clinton’s campaign lawyer Michael Sussman released notes from the FBI in the Sussman case a few days ago. The attorneys released the FBI notes in hopes of exonerating Sussman, or at least in hopes of tricking the judge into dropping the charges. It didn’t work. And if anything, the notes make Sussman’s friends in the FBI look even worse.

President Donald Trump caused the FBI to panic when he sent his famous “Obama wiretap” tweet. The notes reveal that the FBI panicked and may even have committed some crimes over that tweet. In other words, Sussman’s lawyers may have inadvertently ratted out a bunch of their Russia collusion hoaxer friends.

Trump tweeted in early March of 2017 that Obama had wiretapped Trump Tower. “Sick guy!” This was still during the transition period when Dana Boente was Acting Attorney General. Jeff Sessions had not been confirmed by the Senate at that point. The FBI also knew with absolute certainty by early March 2017 that all of the Russia collusion claims were a hoax that had been fabricated by the Clinton campaign.

The FBI panicked over Trump’s tweet because they were wiretapping Trump Tower. The Clinton campaign had a tech executive named Rodney Joffe spying on Donald Trump at Trump Tower and the White House through the use of non-public data. And any data gleaned from that wiretapping was being given to the FBI.

The FBI had also tried to catch Trump campaign advisor George Papadopoulos in a childishly transparent honey trap in London. And they had an illegally-obtained FISA warrant to spy on Carter Page, which was based on the Steele “dossier” – which they knew was completely false.

The FBI was carrying out all this illegal activity against a sitting president, when that president suddenly called them out on it. “What does Trump know?” they wondered. And suddenly their interim boss, acting AG Dana Boente, was calling the FBI and demanding answers. Just two days after Trump sent that tweet, the FBI was explaining to their DOJ bosses that, well, actually, we are wiretapping Trump. And they were trying to keep their stories straight.

Since they never thought they’d get caught, the FBI suddenly had a bunch of items that they needed to lie to Acting AG Boente about. The notes from that period, released in court by Sussman’s lawyers, prove that the FBI was in fact spying on the Trump transition team (This was long suspected, but this is the first time this has been definitively proven.)

The DOJ took notes from that initial meeting, and those notes are what Sussman’s lawyers turned over.

They told the Acting AG that the Carter Page FISA warrants had been “fruitful” in uncovering more evidence. This was another lie. Because there was never anything similar to “evidence” that they found during the year that they spied on Page.

The FBI also lied to their bosses about the Russian Alfa Bank allegations against Trump. The FBI knew definitively within a couple of days of Sussman handing them that evidence that it was fake. But they told their bosses it was real, so they could cover their tracks.

Do you think Sussman’s lawyers knew they were ratting out the FBI when they handed over their notes? Or was Special Prosecutor John Durham just handed a bunch of additional indictments by his enemies through dumb luck?