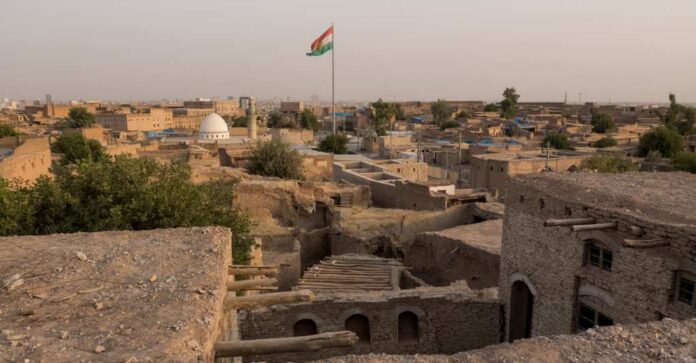 Even though the ‘war’ in Iraq ended about a decade ago, it was just the end of combat operations for American troops. As such we still have combat advisors, embassy guards, and other troops in Iraq. Mostly located in the Green Zone inside the capital of Baghdad, bases with any US troop presence are a consistent target for incoming rocket/missile attacks.

These attacks largely aren’t from the same terrorist groups that were targeting soldiers from 2003 to 2012. Instead, these attacks are coming from Iran and the splinter terrorist cells their country not only allows to flourish but even openly encourages. The support the Iranian government shows these organizations is never given publicly or with any easily identifiable methods.

Action from the Iranians has most come following the drone strike killing of Qasem Soleimani, a high-ranking Iranian general of the Iranian Revolutionary Guard Corps while visiting Iraq. The Iranians maintained that the strike was illegal and that he was murdered, but given his support of terrorist cells in Iraq and the groups he had been meeting with, the airstrike was more than justified. Nevertheless, their government is largely denying any involvement in many of the attacks taking place in Iraq.

Back in 2019, the Green Zone was overrun by Iranian militants, but they were stopped just short of breaching the embassy. This was in response to a Dec. 29th US strike that took out many Popular Mobilization Units (PMU) members and wounded many others. Given the PMU organization was comprised of over 50 different militias, they had a very diverse population and ways of attacking back at the US. With the Iranian government’s involvement in their activities, they had something many other nations have lacked; a never-ending supply of people willing to die for the cause. The Islamic twist to their hatred for the US allows them to be some of the most dedicated fighters on the globe.

Iran didn’t just use militias and terrorist organizations for their aggression. Years ago 11 Iranian attack vessels came after a group of US Navy and Coast Guard boats conducting joint operations in the northern Persian Gulf. Their aggression was met with a proper escalation of force, but no shots were fired as the vessels stopped short of the US boats. In another incident 13 Islamic Revolutionary Guard Corps Navy (IRGCN) fast attack boats closed in on US boats in the Persian Gulf. The IRGCN ignored warnings at this time, and it took two series of 50-caliber warning shots to get them to stop their advance. With nearly 30 shots fired, the US showed its unwillingness to play the games that the IRGCN was wanting to play.

The most recent attacks on Erbil have also targeted their oil fields. While US troops are not located there, these attacks signify the Iranian resolve to attack any resources that might benefit the US or our allies. As tensions between the two nations waiver back and forth, the US refuses to address their main concerns of nuclear sanctions. The Congressional Research Service has been looking into possible solutions, and one report indicated that military involvement is the least likely to be a successful answer to the problem.

This kind of slowly growing aggression by Iran is vastly different than other conflicts the globe has seen over the years. By slowly striking they are showing a dedication to investigating and thoroughly planning their actions before even acquiring the weapons or people to carry out the attacks. Al Qaeda and Osama bin Laden were notorious for this kind of meticulous planning before they would strike, and it seems like Iran took a serious lesson from his actions. Meanwhile, President Joe Biden is just sitting back and letting them attack with no repercussions, which leaves many wondering how far this needs to go before he finds his spine and responds.