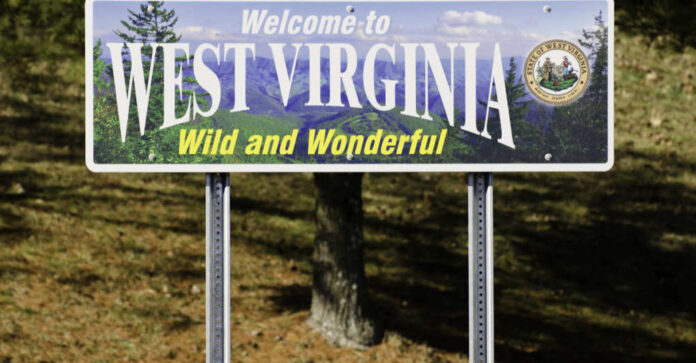 Those who believe that former President Trump’s influence is waning better take a look at the election results in West Virginia. Trump still seems to have his hand on the helm of the GOP ship.

Mooney is a strong member of the House Freedom Caucus and ran as a conservative who embraced the endorsement of former President Trump.

His opponent, David McKinley, connected with the establishment element in the Republican Party. He stressed in his campaign the importance of bipartisan infrastructure legislation.

Mooney reveled in his win tweeting, “I am honored the voters of West Virginia’s new 2nd congressional district have chosen me to carry the conservative banner as we begin the sprint to November. Tonight is a monumental night for West Virginians & I look forward to being their trusted conservative voice in Congress.”

Both McKinley and Mooney have served side by side in the House previously, but they had to go head to head because of decennial redistricting. Mooney quickly made a distinction between himself and McKinley by joining Trump in questioning his conservative commitment.

Both Trump and Mooney referred to McKinley as a “RIONO,” or a Republican in name only. They railed against both his infrastructure vote and the vote he made to create a bipartisan panel focused on the January 6 attack on the Capitol investigation.

Trump said in an advertisement for Mooney that McKinley “supported the fake infrastructure bill that wasted hundreds of billions of dollars on the Green New Deal.” Trump also said that McKinley promoted a “phony narrative” about the Capitol riot.

Mooney took a page out of Trump’s playbook when he described the bipartisan infrastructure bill as “Biden and Speaker Nancy Pelosi’s [D-Calif.] spending masterplan.”

McKinley was proud of his infrastructure bill vote and bragged about the $6 billion that was coming to West Virginia. He was quick to call Mooney a “carpetbagger,” because of his time as a state senator in Maryland and the chairman of that state’s GOP. But that platform just did not work for West Virginians. He was behind Mooney in the polls by 15 points just a few days before the election.

“West Virginians are in good hands with Congresswomen Carol Miller and Congressman Alex Mooney as we work to take back the House in November. Americans reject Biden’s historic inflation, gas hike, and crisis at our southern border, and will vote for Republicans up-and-down the ballot,” Miller said.

This win for Mooney will create even more momentum for Trump who is getting ready to endorse more candidates for the midterm elections. Trump will add this win in West Virginia to his win in the Ohio GOP Senate primary. He endorsed J.D. Vance who won that primary. It may be a little more difficult for Trump in places like Georgia and Idaho because his candidates are trailing opponents who are incumbents.

Trump and Mooney are not the only ones claiming victory in West Virginia. David McIntosh, anti-tax Club For Growth President, said, “The result of this bellwether race is a clear sign that Republicans want their Members of Congress to be real conservatives as opposed to moderate RINOS.”

Mooney may already be eyeing another seat to occupy in the future. Some close to him have indicated that he may consider a 2024 run for Democratic Senator Joe Manchin’s seat.

For the GOP, it really is “wild and wonderful” in West Virginia.