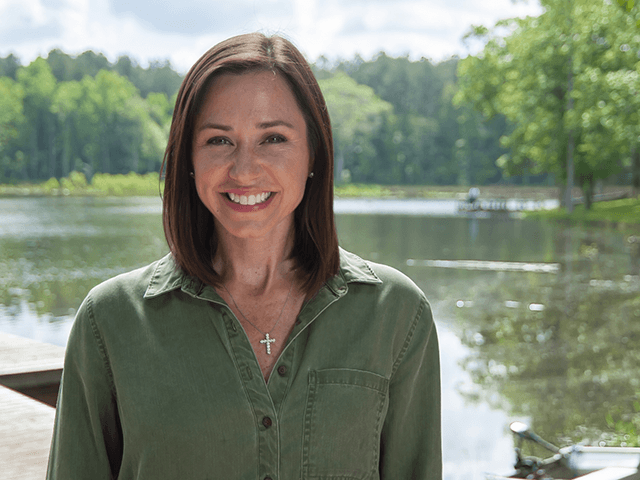 Host Matthew Boyle opened the interview talking about Britt’s recent surge in the polls, which she attributed to her “energy” and “passion” for the America first agenda.

“And so it’s that energy, that passion, that is getting people excited, and it has pushed us forward in this race,” she added.

“And let me tell you, I am all about helping and supporting the Ukrainian people against Russia, but we have to be smart about this,” Britt said. “We have too many Yes men and women and politicians in D.C. that just do what they’re told instead of asking tough questions.”

She applauded Sen. Rand Paul (R-KY) for being one of the lone congressmen to stand up against this massive Ukrainian aid package.

“If you’ve got $40 billion, what would you do? You would finish building the wall. First and foremost, you would handle the baby formula shortage so that we’re not in crisis that moms and dads across this nation are not in crisis,” Britt said. “Unfortunately, we have way too many people in D.C. that the last time they had to feed a child was you know, a solid 62 years ago.”

Britt added that the best thing America could do for Ukraine is “restarting American energy.”

“What we should be doing right now is investing in onshoring our manufacturers, you know, you look at the semiconductors, you look at medicines, 90% of our antibiotics are made in China,” she continued. “I mean, who thinks that’s a good idea, Matt? And look at medical equipment and other things, but unfortunately our leaders are not taking time to take a look and say, ‘how can we best help Ukraine?’ Yes, let’s get them the resources they need. But let’s do it smart and strategically. And I continue to say, the best thing we could do for Ukraine, the best aid we could give to the world is restarting American energy.”

Boyle asked Britt what she would do to get the Senate moving in the right direction if she were in office.

“Well, first off, we need people that are willing to stand up and fight, you know, you’ve got to create the conversations, you’ve got to ask the questions, you cannot be afraid, you cannot go along to get along,” she said. “You have got to remember you are here to serve our nation and serve the people of your state. We have to continue to look for ways to put America first.”

Britt compared putting America first to being on an airplane and putting your mask on first before helping others.

“This is pretty simple, right? You know, someone was saying America first. And they were kind of in my face about it. And I said I stand firm on it. And we were talking, you know, when you’re on the airplane, right?,” Britt said. “And they say if something goes wrong, put your mask on first before you put on someone else’s, right? And we continue to not put on our mask first.”

The conversation switched gears towards immigration when Britt explained the impact unfettered immigration has on the American economy. She identified many ways immigration harmed the economy and called out her opponent, Mike Durant, for saying that more immigration is an “America first” policy.

“If we don’t take a look at our immigration system, we are never going to be able to drive up American wages and send Americans and their families into prosperity,” she said. “And so you’ve got to rewind all the way back to Ted Kennedy’s 1965 Immigration and Naturalization Act, that is the point in which you can watch American wages go down, you can watch the composition of what is happening to our nation change right there. And that busted, as you know, the cap on the number of immigrants that were able to come here. It also created chain migration, which I believe we have to end.”

“So if you take a look at Senator Tom cotton’s RAISE act, it is spot on. You look at reducing the number of immigrants allowed into the country by 50%,” she said. “You end the chain migration system, you create a merit based system, like you see in Canada and Australia, so that America is accepting immigrants that will actually raise our average wage base, not reduce it.”

Britt also called out big tech companies for “displacing our workers” by replacing American-educated workers with foreign ones.

“And we see this, particularly in the STEM area where big tech is displacing our workers, our American educated workers, with foreign workers, paying them less and driving the wages that our American workers should get down,” Britt said.

She also called on the Senate to have companion legislation to Rep. Jim Banks’ (R-IN) American Tech Workforce Act, which would amend the Immigration and Nationality Act to reform the H-1B visa program that big tech companies use to maintain their foreign-born workforce.

Boyle noted that Britt and Ohio Republican Senate nominee J.D. Vance are the only two candidates discussing the various visas big tech companies exploit. Britt said she and Vance are the “new blood” voters want to see in office.

Britt concluded the interview by emphasizing the importance of an America first agenda and its impact on the country.

“I think somebody said it best to me the other day, they said, ‘the Democrats are woke, but the Republicans are finally awake.’ And we see what is in front of us. We know the America and America first agenda works. I mean, we saw it under President Trump, we saw, you know, the importance of building the wall and having the right type of immigration policy, taking a look at the courts. I mean, and making sure we had good conservative judges on the courts and understand that you don’t make law you interpret law. And now we are seeing the effects of that firsthand,” she continued.

“And so I am thrilled to to be building this coalition. You know, we’re working hard across the state for the grassroots candidate. Literally, we are everywhere in this state. Nobody is going to work harder,” Britt concluded. “And I’m going to take that same work ethic, that same passion, the same energy to the United States Senate. We’re going to actually get something done.”