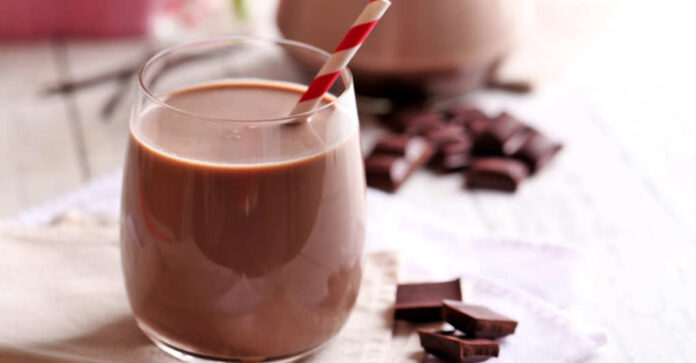 People of all ages love to drink a large glass of chocolate milk. Some will have it with a plate of cookies, while others have it with their dinner. Chocolate milk can be consumed any place and at any time. But when the People for the Ethical Treatment of Animals show up and start talking, chocolate milk is placed on the endangered list.

Elon Musk is under fire again for making a statement about how much he enjoys chocolate milk. One would think that he just admitted that he would destroy the world. But that is precisely what the nuts from PETA would like their cultic followers to think.

PETA is an organization supposed to get rowdy when animals are being abused. But for some strange reason, they just had to claim chocolate milk is destroying the climate.

The dairy industry is one of the worst contributors to climate catastrophe. The Daily Wire reported that PETA posted on Twitter that “Drinking cow’s milk is like driving a gas guzzler. What happened to caring about the environment? Now chocolate oat milk we can get behind.”

Their statement is just about as bad as liberals that believe chocolate milk comes from brown cows. Ann Vileisis is a writer and historian that stated, “We still get kids who are surprised that a french fry comes from a potato, or that a pickle is a cucumber, … Knowledge is power. Without it, we can’t make informed decisions.”

The fact that people from PETA believe chocolate milk is going to destroy the world simply because dairy comes from a cow is just absurd as those that believe brown milk comes from a brown cow. The religious cult that follows environmentalism has lost the capacity to make those informed decisions because they are ignorant of the facts.

The exchange between PETA and Musk took place once Musk stated that he had just enjoyed a full glass of chocolate milk. And for a lot of liberals, those words were just enough to push them over the edge of insanity.

PETA is a messy organization that has to stick its big nose into anything remotely related to the environment. In one case, James Cromwell, an outspoken environmentalist nut, just had to superglue himself to a Starbucks counter-protesting the high prices of vegan products. He would cry out, “Save the planet, save the cows. Stop the vegan upcharge now!” he was mad that Starbucks charged a little extra for the products supposed to save the world.

People who want to save the planet think that it is unfair to pay more for products that take more effort to produce. They want it for the same price as a gallon of milk. Their ignorance keeps them from making informed choices.

James Cromwell is a prime example of what ignorance looks like after he glued himself to the counter to make a statement about higher prices for vegan foods. He certainly does not understand that it takes a lot more to produce those products than provide cow’s milk.

Elon Musk was targeted for loving chocolate milk because he is a big name in the media. PETA saw their chance to put their ignorance on display again. James Cromwell should have tried to glue himself to Musk’s car.

The insanity of Democrats and liberals continues to grow. It all stems from the insane teachings that the Democrats want to teach kids in schools. They want the youth to think brown milk comes from brown cows. They do not want the youth to have a real education because they would then be able to make informed choices and see through the lies of the Democratic Party.